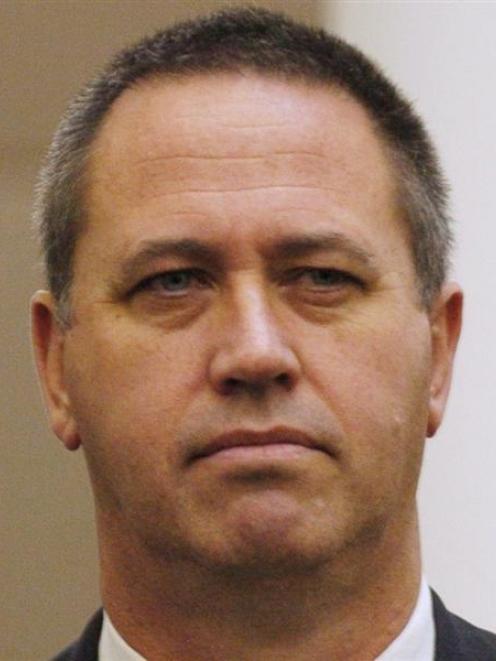 Michael Swann
Michael Swann allegedly paid $160,000 for a Rolls Royce found stashed in a container, but following its discovery told detectives ''it wasn't anything to do with me'', court documents show.

Documents relating to the order were filed by the Crown on July 17, just days before Mr Swann was released from prison to live and work in Christchurch.

The convicted fraudster spent four years and eight months in jail for his part in defrauding the former Otago District Health Board of $16.9 million.

Just days after his release, police received a tip-off about an item stored in a container at Port Otago's container yard in Strathallan St, Dunedin.

The documents released this week show that on August 7, police visited the container with the permission of its owner, Kenneth Logan, who told them he believed furniture belonging to Mr Swann was stored in it.

He told police he recognised the vehicle as one previously stored in his workshop for a year before Mr Swann drove it to an unknown location.

Mr Swann revisited the workshop a month later, asking if he could use his shipping container to store furniture.

The vehicle's former owner, Christchurch's John Chamberlain, told police it had never been registered or warranted and he had owned it for several years, the documents show.

Mr Swann wanted to look at it about eight years ago and paid him between $150,000 and $160,000 for the vehicle, before it was transported to Dunedin.

Police, along with a former Serious Fraud Office investigator, later verified a payment of $160,000, which referenced J.W. Chamberlain, was debited on December 9, 2004, the documents show.

The payment from Checketts McKay Trust Account originated from Mr Swann's company Sonnford Solutions Ltd and, therefore, were funds from the former health board.

Mr Swann remains subject to a $6 million pecuniary order, which effectively means any property recovered up to that amount can be used to satisfy the order made under the Proceeds of Crime Act.

Police visited Mr Swann on August 22 in relation to the vehicle, which is subject to the pecuniary penalty order.

''As we approach the office, a male dressed in overalls walks outside and greets us'', the police job sheet notes.

''I recognise this male from media reports as being Michael Swann. Swann states: 'You two look like cops'.''

The detectives told Mr Swann they wanted to discuss the vehicle found in the container.

''Swann immediately states he has nothing to say and does not want to co-operate''.

Asked again about the vehicle, Mr Swann told detectives: ''What happened, it happened while I was inside, and it wasn't anything to do with me''.

He repeated that the car in the container ''wasn't his doing'', the documents show.

The Crown was seeking confirmation the Rolls-Royce was available to meet the outstanding pecuniary penalty order.

Dunedin police declined to comment about the matter when contacted yesterday.