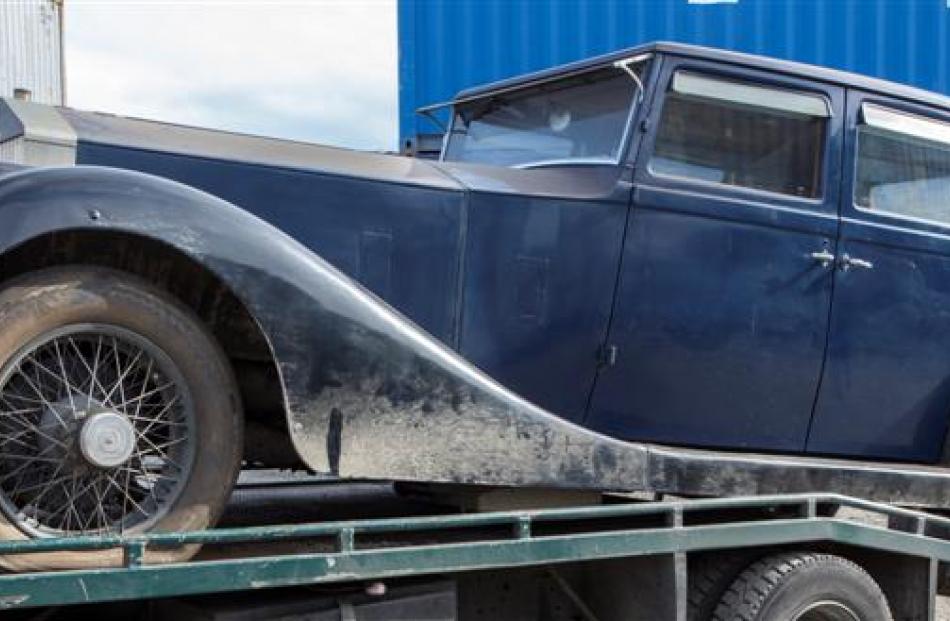 The 1922 Rolls-Royce Silver Ghost belonging to Michael Swann is trailered to a secure location earlier this month. Photo from NZ Police. 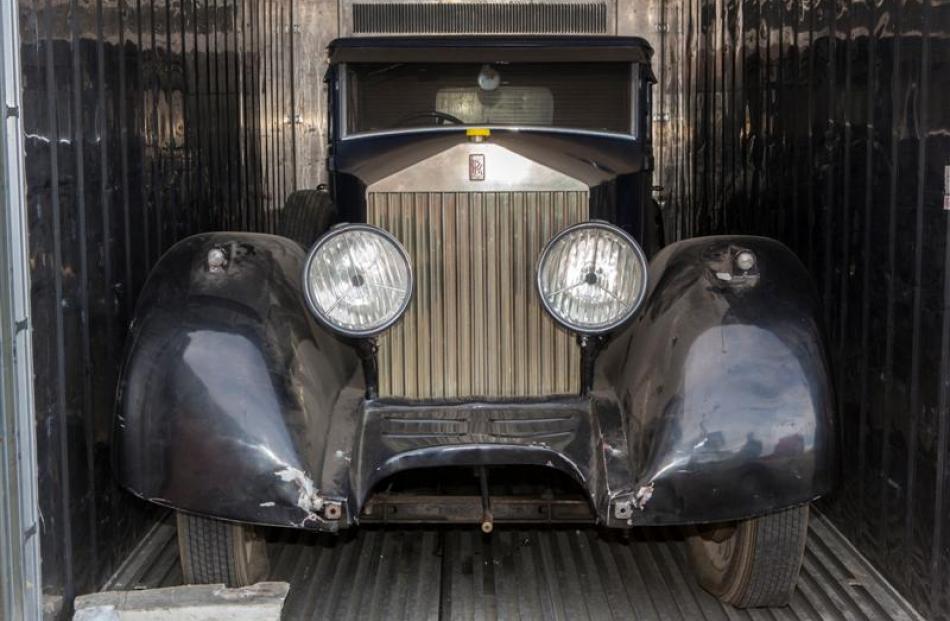 The Rolls-Royce as it was found inside a container in Dunedin earlier this month.

Police have confirmed a Rolls-Royce found stashed in a container is linked to convicted fraudster Michael Swann, who paid a ''substantial fee'' for the rare vehicle.

The vehicle, a 1922 Rolls-Royce Silver Ghost, was discovered following an attempt to remove a container at Port Otago's Dunedin container yard earlier this month.

Police could not confirm the amount paid for the vehicle, or details of the investigation into its ownership.

The Otago Daily Times understands the vehicle has never been registered in New Zealand.

However, police confirmed they were preparing a court application to confiscate the vehicle, stored in a secure Dunedin location.

Mr Swann was convicted for his role in the $16.9 million fraud of the Otago District Health Board.

The vehicle was seized a week after Mr Swann, who remains subject to a $6 million pecuniary order, was released on parole to live at a Christchurch address.

Det Snr Sgt Ferguson said as part of that enforcement police would be following up any new information from the public regarding assets believed to belong to Mr Swann.

This included several new pieces of information received over the past fortnight, he said.

In an affidavit dated March 28, 2010, Mr Swann stated ''I can definitely say that there is nothing by way of hidden or missing property''.

He was well known for his penchant for luxury items, with Serious Fraud Office investigations establishing he spent just under $8 million on cars and boats, $3.7 million on real estate, a little over $1 million on food, liquor and household items, with $1.1 million taken in cash.

A vintage car expert, who declined to be named, said it was difficult to put a price on the vehicle other than to say it was ''a valuable old Rolls-Royce''.

It was also not subject to confiscation orders of the court.

His parole decision included special release conditions, but none related to discovery of assets.

Kevin Dawkins, of the University of Otago's faculty of law, said if discovery of assets was not part of Mr Swann's release conditions, he could not be recalled to prison.