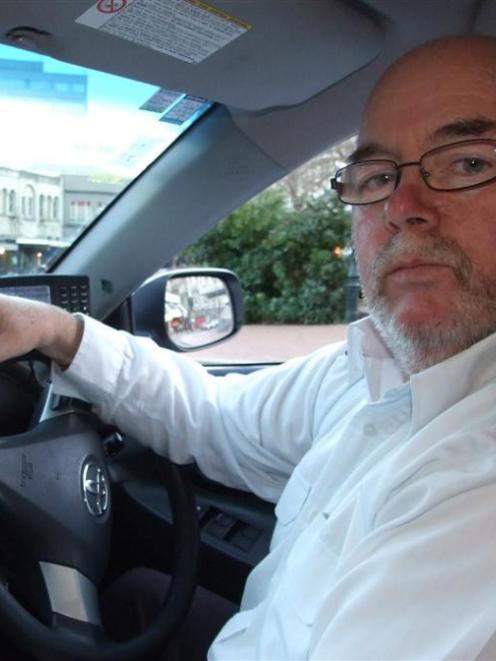 Taxi companies in major centres around the country must have security cameras and GPS systems installed by August 1, under legislation introduced last year.

Taxis will also be required to have a telecommunications system, which can be monitored 24 hours a day, seven days a week, and an emergency alert response system.

Dunedin Taxis director Murray Alcock said although the changes would come at a cost for taxi companies, the security measures were worth it.

"What price do you put on life... It's a mere pittance really," Mr Alcock said.

Dunedin Taxis was holding off increasing fares to cover the installation of the security measures, but there were "no promises" the costs would not be passed on to passengers in the future, Mr Alcock said.

Costs associated with the installation of security cameras and GPS technology for monitoring purposes can cost between $1500 and $3000, taxi company representatives told the Otago Daily Times.

"It's not so bad for us, because we've had GPS systems in all our vehicles for the past six years," she said.

Alpine Queenstown Taxis managing-director Mark O'Connor said companies were responsible for enforcing the new rules with their drivers, many of whom operate privately-owned vehicles.

Despite Queenstown's growing reputation for alcohol-fuelled disorder, he believed taxi drivers in the resort did not face the threats of violence experienced by drivers in other New Zealand centres.

Queenstown drivers also have a unique problem with the planned GPS requirements - the mountainous terrain of the district meant the systems did not work in some areas, he said.

The legislation changes were "somewhat unnecessary," for Queenstown taxis given the $1500 cost of installation and the almost non-existent instances of compromised driver safety in the resort, Mr O'Connor said.

A controversial move from Wellington taxi firms to include audio recordings as part of their security measures alongside the compulsory cameras, will not happen in Dunedin, Ms Green said.

Violent behaviour from Dunedin passengers was not really an issue, she said.