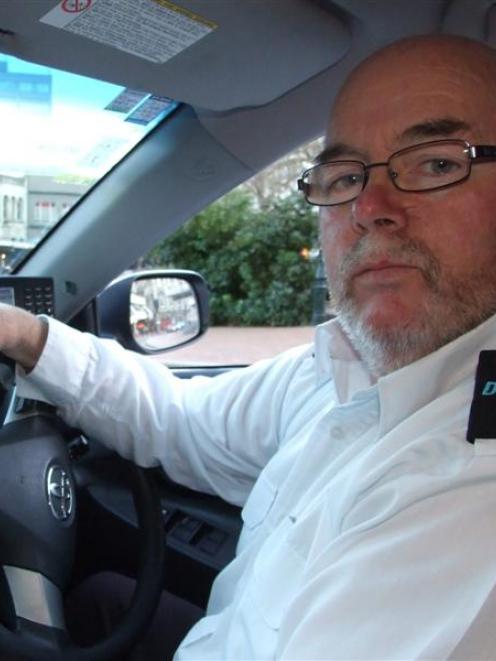 Murray Alcock
There has been a "frustrating" lack of progress in the way traffic is managed at Forsyth Barr Stadium, and traffic was "bumper to bumper" after the Highlanders versus Stormers game on Saturday, Dunedin Taxis director Murray Alcock says.

However, Dunedin traffic manager Senior Sergeant Phil McDouall disagreed, saying police along with Fulton Hogan, which is contracted by Dunedin Venues Management Ltd (DVML), had the situation "pretty well sussed" and taxi drivers needed to accept there would always be heavy traffic after rugby games due to the "volume of people leaving the stadium at one time".

Mr Alcock, who is also Otago spokesman for the New Zealand Taxi Federation, said the amount of time it took to leave the stadium after rugby games was "absolutely ridiculous" and the lack of improvement since the first Highlanders game there this year had been "frustrating".

Congestion before the game on Saturday had been made worse by a decision to stop and inspect cars leaving the roundabout in Ravensbourne Rd to see if they were eligible to enter the stadium.

At the end of the game, he took 25 minutes to get to one job at the stadium and the "bumper to bumper" traffic meant it was not uncommon to get meter readings of more than $40 after games.

"You can't pass that on to the customer. It's ludicrous," he said.

More needed to be done to remedy the problem and he supported the relevant parties meeting taxi drivers to discuss possible solutions.

"It's got to be a collective process."

Sen Sgt McDouall said he was open to meeting taxi drivers, but said the volume of people going to games meant there would always be congestion.

"They have just got to accept that when 14,000 people leave the stadium all together, there is going to be delays," he said.

The situation was not helped by the High Court injunction stopping the council from commissioning the lights at the intersection of Frederick St, Anzac Ave and State Highway 88.

He did not expect any changes would be made for the game between the Highlanders and the Blues on April 20.

A DVML spokeswoman said traffic management at Forsyth Barr Stadium was a "work in progress" and DVML was collaborating with all parties involved to "make it work".