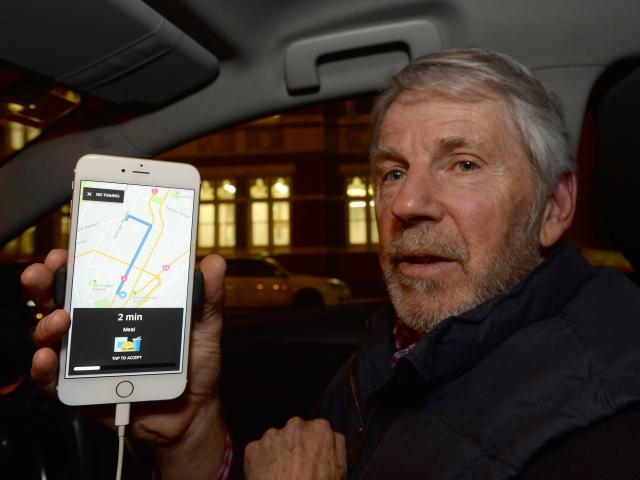 It was a bit of a quiet first day for one Dunedin Uber driver, but he expects demand will grow as more people become aware of the service following its launch in the city yesterday.

Ride-sharing company Uber has had a great response from Otago drivers wanting to become independent contractors with the company.

The smartphone app causing a stir around the world won't spark protest action in New Zealand, despite it fostering illegal competition against cabbies, a taxi spokesman tells Shawn McAvinue.

The cost of transporting ACC clients in Otago has risen significantly.

Taxi drivers are using security camera footage against each other, resulting in at least one Dunedin operator being fined.

There has been a "frustrating" lack of progress in the way traffic is managed at Forsyth Barr Stadium, and traffic was "bumper to bumper" after the Highlanders versus Stormers game on Saturday, Dunedin Taxis director Murray Alcock says.
Another Dunedin taxi driver is vowing to keep his eyes peeled after a possible fresh sighting of a rogue driver offering rides for fares in the city.

A Dunedin driver said to be operating a rogue taxi service in the city could have "sinister" motives when offering late-night revellers rides home, police have warned.

A Dunedin taxi operator is crying foul after being ordered to stay off the Forsyth Barr Stadium grounds by a rival company.

A sponsorship agreement between Forsyth Barr Stadium and Dunedin Taxis will not compromise access for any elderly or disabled passengers choosing to use alternative cab services, the venue's commercial manager says.
New cabs may be available in Dunedin soon, as a fledgling venture steps in to replace Otago Taxis that ceased business last week owing thousands of dollars.

A Dunedin taxi company is unable to operate its full fleet of vehicles as it struggles to meet new legislation, which requires the costly installation of security cameras and monitoring equipment.

Dunedin and Queenstown taxi firms have differing outlooks on the costs associated with legislation changes, which will make protective security measures for drivers compulsory.

Visitors arriving in the region who felt "ripped off" by taxi fares from the airport may be unaware of the standard $6 airport fee, operators say.
Some of New Zealand's biggest taxi co-operatives have formed an alliance that will make them the biggest shared-livery passenger service in the country.

Dunedin's small taxi firms will not be left out of talks to resolve safety and parking concerns in the Octagon, senior city council traffic engineer Bruce Conaghan says.
A retiree who was charged $50 for what he says is usually a seven-minute ride to his house wants taxi companies to abandon big surcharges for short trips.

The road through the Octagon should be closed to accommodate temporary taxi stands to assuage drivers annoyed about not being consulted about changes to their ranks, a Dunedin taxi company owner says.