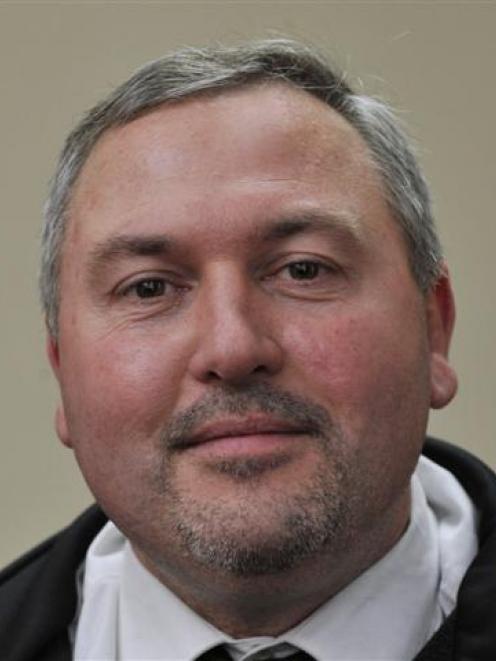 Guy Hedderwick
A sponsorship agreement between Forsyth Barr Stadium and Dunedin Taxis will not compromise access for any elderly or disabled passengers choosing to use alternative cab services, the venue's commercial manager says.

Dunedin Venues Management Ltd commercial manager Guy Hedderwick said the sponsorship agreement with Dunedin Taxis was similar in nature to the stadium's "many" other commercial partnerships.

Such sponsorship deals were about providing a "marketing opportunity" for the stadium partners, which invariably included a degree of "exclusivity" for the provision of services, products, or naming rights, he said.

Mr Hedderwick's comments were made in response to criticisms from United Taxis director Bill Overton about the exclusive nature of Dunedin Taxis' sponsorship.

Mr Overton said the agreement would prevent "door-to-door" service for many of his firm's elderly and disabled passengers - particularly given his drivers are "practically full up" with bookings for the Sir Elton John concert this Friday.

Mr Hedderwick said there were many taxi drop-off points around the stadium - four were listed on its website enabling access to the separate stands - while a specific disability area was also available in the main car park.

"This is a common-sense issue. We have disabled car parks and drop-off points in the main car park... taxi drivers are free to drop off passengers as close as possible to the stadium," he said.

Mr Overton contacted the Otago Daily Times on Friday to criticise the sponsorship agreement, after he received an email from Dunedin Taxis which advised "staff, shareholders, and drivers" that the firm was the "only taxi company that has authorised access to Forsyth Barr Stadium grounds".

"We would ask that this is respected or action will need to be taken to enforce it at some future point," the email said.

Mr Hedderwick said he had approached Dunedin Taxis, "as I did with lots of other potential sponsors" with the proposal for the commercial agreement.

"It's a bit of a non-story really. We have a commercial agreement. They've emailed [taxi firms] ... They'll have to enforce it," he said.

Directors of other taxi firms in the city yesterday said they had not received any email, or "seen" any other correspondence from Dunedin Taxis about the exclusive arrangement.

Dunedin Taxis director Murray Alcock, who is also the Otago spokesman for the New Zealand Taxi Federation, said the company was like any other business which wanted to maximise its return to shareholders.

"We look at opportunities for work. When they arise we take them," he said.

He declined to comment further given the "confidential" nature of the sponsorship.