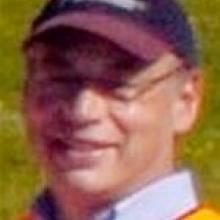 Dermot Harris
A Dunedin taxi company is unable to operate its full fleet of vehicles as it struggles to meet new legislation, which requires the costly installation of security cameras and monitoring equipment.

It is understood City Taxis is only able to operate eight cars, from its full fleet of 31 vehicles, after the New Zealand Transport Agency recently declined a second application for an extension to comply with the legislation change which came into effect on August 1.

The temporary exemptions had finished on August 7 and one company had complied with the new legislation inside the required period.

A second temporary extension application, which sought "additional time to have cameras fitted" in the company's vehicle fleet was declined by the NZTA in Wellington, Mr Harris said.

He would not identify the taxi company which still has outstanding non-compliant fleet vehicles, despite a request from the Otago Daily Times to clarify the issue given Dunedin's five other firms which would be under suspicion of operating in breach of the new legislation.

A company director from City Taxis hung up when asked whether all of its taxi fleet vehicles were compliant with legislation.

An NZTA spokesman said any taxis not fitted with the appropriate equipment were non-compliant with legislation requirements and "must not be used" to transport fare paying customers.

The NZTA was monitoring the compliance of the company concerned and the remainder of its fleet. "Some of that company's taxi fleet is compliant with the new legislation and are therefore able to continue to operate." the spokesman said.

"All taxis inspected had the relevant camera security equipment fitted," he said.

However, two taxis were ordered off the road by inspectors after one was found to be operating with "two bald tyres", while a second taxi was discovered to be without an up-to-date vehicle registration, Mr Harris said.

Further inspections of Dunedin and Queenstown taxi fleets are scheduled to be conducted by NZTA and the Police Commercial Vehicle Investigation Unit team before the start of the Rugby World Cup tournament, Mr Harris said.