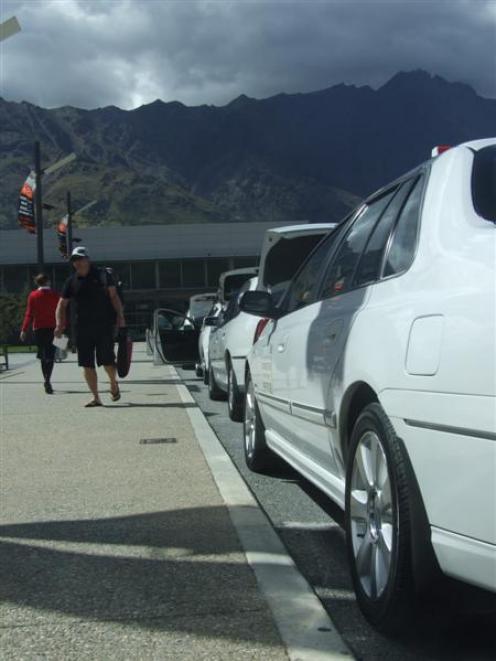 When a Brisbane couple, wishing to be known only as Alex and Hannah, took a taxi from the airport last week they were surprised to find an extra charge added to their fare.

"It was strange for us and we thought that someone should know what was happening," Alex said. "We were a little bit shocked to find that the driver could charge on different tariffs.

"When approached by the Queenstown Times, Queenstown Taxi manager David Wright said all taxis operating from the airport had to pay a $6 Airport Corporation fee.

"Every pick-up at Queenstown Airport, you have to pay that. It's a standard rate dictated by the airport corporation," he said.

Local operators said passengers were always made aware of the fee, but the Brisbane couple said they were not the only visitors who had come away dissatisfied.

"We have had about four tourists who were not happy and felt that they were ripped off by taxi drivers," Alex said.

"It does not make a good first impression when you arrive here."Mr Wright said taxi companies did have different tariffs for different situations, but they were applied evenly to everyone - not just locals.

We also have tariffs for a group of people - five or above in a larger vehicle - and we also have a public holiday rate, as well. And for large items and luggage there may be extra.

"The frequent-user system was also open to visitors, he said.

"Visitors staying here for any length in time can have one, as well. It's basically for frequent users and it's available even to visitors. We sometimes have visitors who come in and stay in the ski season for two weeks, maybe longer, so they can come in and get one as well."

"Three rates apply to cars. Rate one is the normal rate, rate two is a contract rate with different suppliers that we have, and rate three is what's called a concessionary card holder rate.

"Corporate Cabs has a single tariff rate in Queenstown, but also has discounted rates for account holders.

New Zealand Transport Authority (NZTA) media spokesman for southern regions Bob Nettleton said taxi operators could set whatever tariffs they liked, as long as they were displayed on their fare schedules as registered with NZTA.