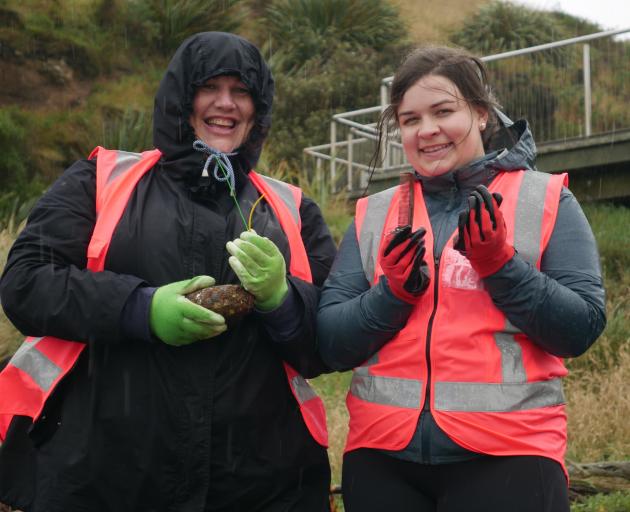 Teachers Cassandra Kitt (left), of Kaikoura High School, and Jess Dewhurst, of Aotea College in Porirua, hold some of the rubbish they collected at Pilots Beach as part of the University of Otago's annual science academy. PHOTOS: JESSICA WILSON
Secondary school science teachers became pupils for a three-day workshop this week.

The University of Otago’s Advanced School Sciences Academy (OUASSA) aims to introduce teachers to citizen science projects which they could implement in their schools and communities.

While at the Royal Albatross Centre on Tuesday afternoon, 23 teachers headed down to Pilots Beach in the rain to work on two nationwide citizen science projects - Litter Intelligence and Marine Metre Squared.

In the Litter Intelligence project, teachers measured an area, collected all the rubbish there, sorted it into categories and uploaded the data. 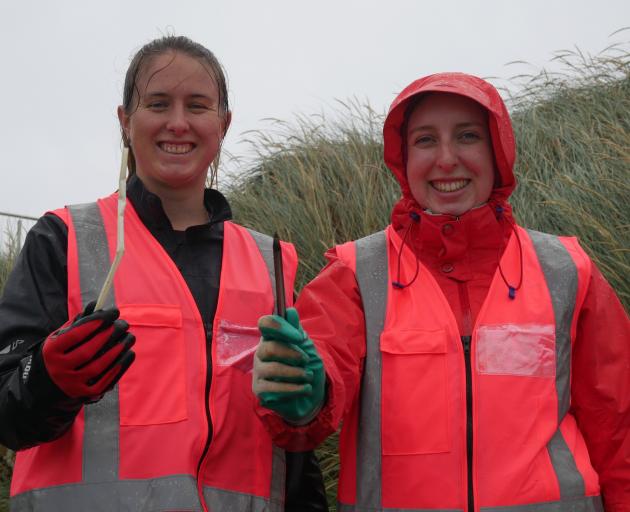 Teachers Grace Buckingham (left), of Verdon College in Invercargill, and Jessica Smith, of Opihi College in South Canterbury, hold items they found.
Data collated from around New Zealand gives insights into the litter problem and inspires widespread action for solutions.

The Marine Metre Squared project surveys the plants and animals found living on the shoreline, which gives an indication of how healthy the shoreline is.

Ms Smith was excited to learn ways to get her school and pupils involved in real-world science projects that were happening around the country.

"It’s just really cool to hear from real scientists who are still in the lab and doing research projects - how you can bring that into your classroom - because that’s what I kind of miss about being at university, that real research side of things." 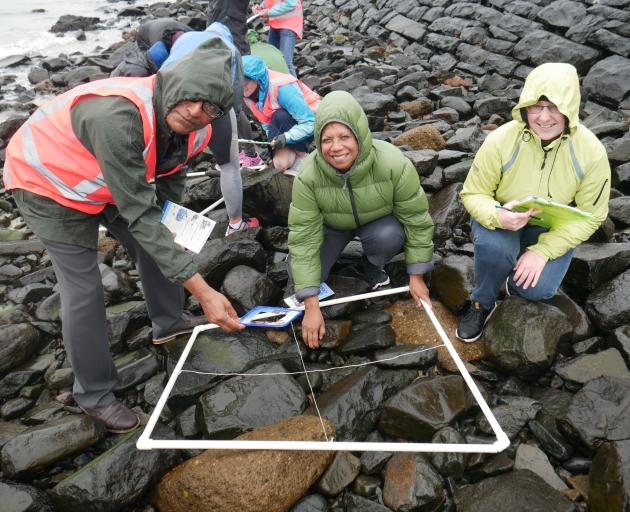 Searching for different species of animals for the Marine Metre Squared project are teachers (from left) Melvin Din, of Manukau Institute of Technology, Frances McIntosh, of Mangere College in Auckland, and Clare Sullivan, of Verdon College in Invercargill.
During the litter collection, she found a straw, a pen, some clay piping and lots of polystyrene beads.

Verdon College teacher Clare Sullivan is about to embark on her first year of teaching.

Ms Sullivan was excited to learn about the different fields of science and, hopefully, inspire her pupils.

While collecting data for the Marine Metre Squared programme, her group had found crabs and algae.

OUASSA science teaching co-ordinator Petrina Duncan said the teachers were shown how to access and upload their information on the project databases so they could do the projects with their pupils.

"They all really enjoyed it. They all said they could use it in their classrooms."

Last year, the university received a grant from the Cognitive Education Trust which enabled it to fund 16 teachers in the programme.

A science academy programme for year 13 pupils runs at the same time.

Many of the teachers and pupils involved are from the same schools.