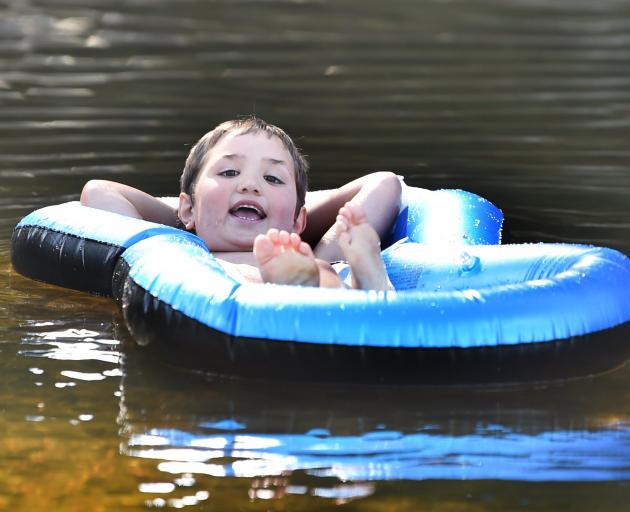 ‘‘It doesn’t cool down again until Wednesday,’’ Mr Marsters said.

Alexandra hit 30.3degC about 5pm yesterday, making it the hottest spot in the country.

But the heat was spread around the South.

And although Dunedin reached only 21degC, in Invercargill it was 27degC yesterday.

The highest temperature in the North Island was recorded at Taumarunui (28degC), Mr Marsters said.

There should be some relief for everyone on Wednesday, he said. ‘‘That was for the whole country, too’’.

A front coming through should cool Alexandra down to 25degC by Wednesday.

It would remain warm on the coast to start the week, but by Thursday temperatures could cool off to 16degC in Dunedin.

Most of the rain associated with the southwesterly front would fall on the West Coast, but Dunedin would get showers as well as cooler temperatures, he said.

But the cool temperatures were not expected to stick around.

‘‘Once you get a front go through, a southwesterly, it always heralds a high coming on, so there’s another big ridge coming through after that front goes through on Thursday,’’ Mr Marsters said.