Threat fails to rain on parade

By John Lewis
0 Comments
It may not have been the University of Otago graduation ceremony that students had anticipated, but that mattered little when about 700 graduands set off on a parade around the university on Saturday.

For most, all that counted was being able to wear their regalia and share their achievements with family and friends.

Olivia Barber (21), who graduated with a bachelor of commerce degree, said she and fellow graduates had not let a threat to attack ceremonies get in the way of their celebrations.

The graduands were supposed to parade up George St and receive their certificates in the Dunedin Town Hall. 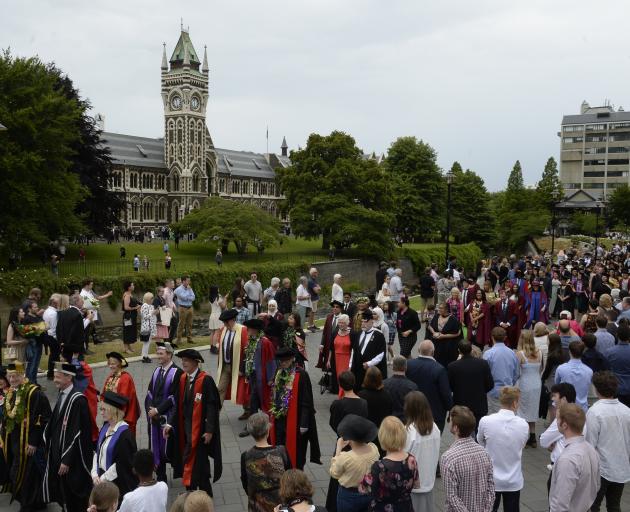 University of Otago graduands and staff march through the university grounds on Saturday. PHOTO: GREGOR RICHARDSON
Instead, they gathered outside the Otago Business School in Union St East, and paraded through the centre of campus before ending at the St David Lecture Theatre.

Most of those spoken to by the Otago Daily Times on Saturday, said they liked the "more picturesque" alternative better.

"It’s around the uni this year, which is actually quite cool," Miss Barber said.

"A lot of the students have said that it’s almost nicer than doing a walk through the street.

"It’s quite special being able to do it here." 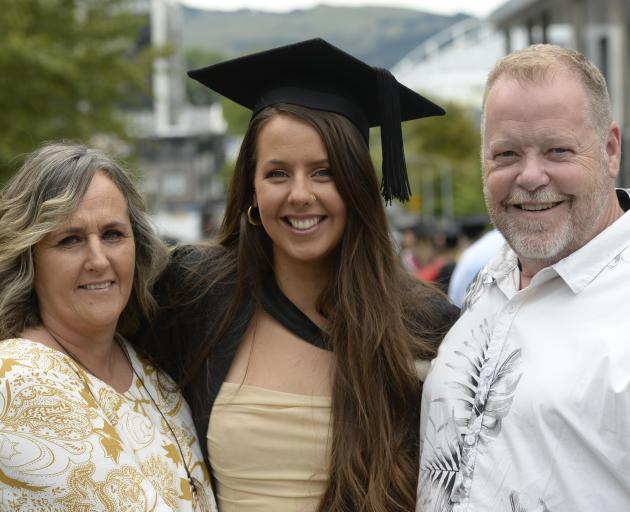 Karilyn Cribb and Andrew Williams, of Nelson, celebrate the graduation of their daughter Ferne Cribb-Williams (24) with a bachelor of commerce degree.
A 22-year-old woman appeared in the Auckland District Court on Friday, charged with threatening harm to people or property using firearms and explosives.

The threats led to the cancellation of graduation ceremonies for the University of Otago and Otago Polytechnic, affecting thousands of graduates. 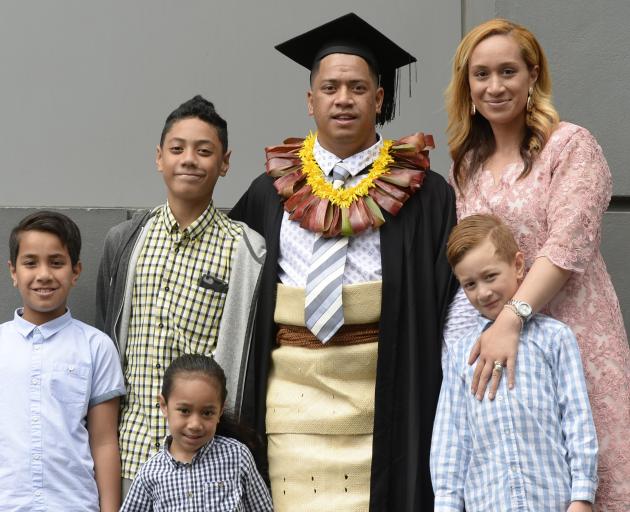 The Latu family (rear, from left) Piula (6), Isileli (13), parents Peter and Salome, (front, from left) Savae (4) and Laumeesi (6) celebrate Mr Latu’s graduation with a bachelor of surveying (first class honours).
The woman was granted interim name suppression and must surrender her passport and stay at her parents’ home at all times unless attending a medical appointment.
Comment now