Tick - faster than a speeding ballot 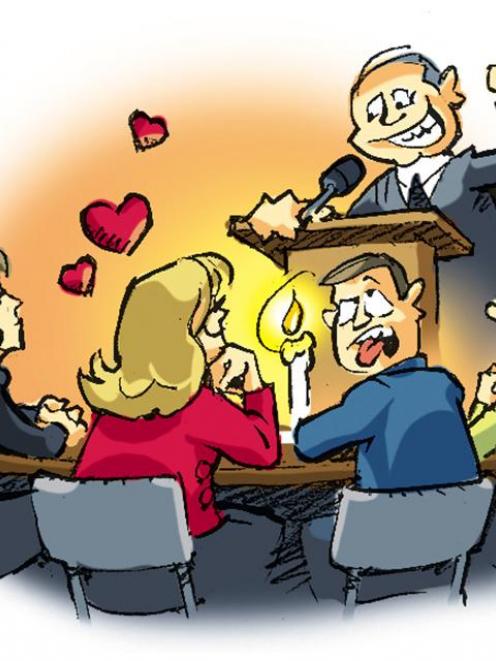 tick__faster_than_a_speeding_ballot_4c2739d21d.jpg
A new pre-local election initiative loosely based on speed-dating has been planned to bring voters and council candidates together.

Methodist Mission chief executive Laura Black said her organisation would run the event in an attempt to encourage people to take part in this year's local body elections.

At the Dunedin City Council's annual plan meetings in May, Ms Black told councillors the mission had noted low voter turnout at the last election, particularly in South Dunedin.

The establishment of a larger ward for the city earlier this year was likely to further distance individual voters from their councillors, and "their sense of power in the electoral process".

The mission wanted the council to engage with third-party networks to promote voter turnout.

It had adopted a concept similar to speed-dating, which it was calling "Float your Vote".

"Cr Fliss Butcher came to us with the concept, and we liked it so much we asked to run with it."

Ms Black said five rooms would be set aside at the mission's Approach Learning Centre in Mornington Rd, with a discussion subject for each room, based on a council committee's area of responsibility.

Three or four candidates would be in each room, and voters would be able to discuss issues with them.

After 15 minutes, a bell would ring, and people would be required to move on.

A staff member would be in each room to deal, if necessary, with members of the public who might dominate discussion.

"This way, folks can meet the candidates, have a good conversation and come away knowing that the next council understands what's important to them."

Ground rules would be set for the Saturday, August 21, event.

Ms Black said she was concerned falling voter numbers could mean a "death spiral" for local democracy. She hoped to extend the idea to general elections.

The mission planned to run a shuttle bus from South Dunedin.