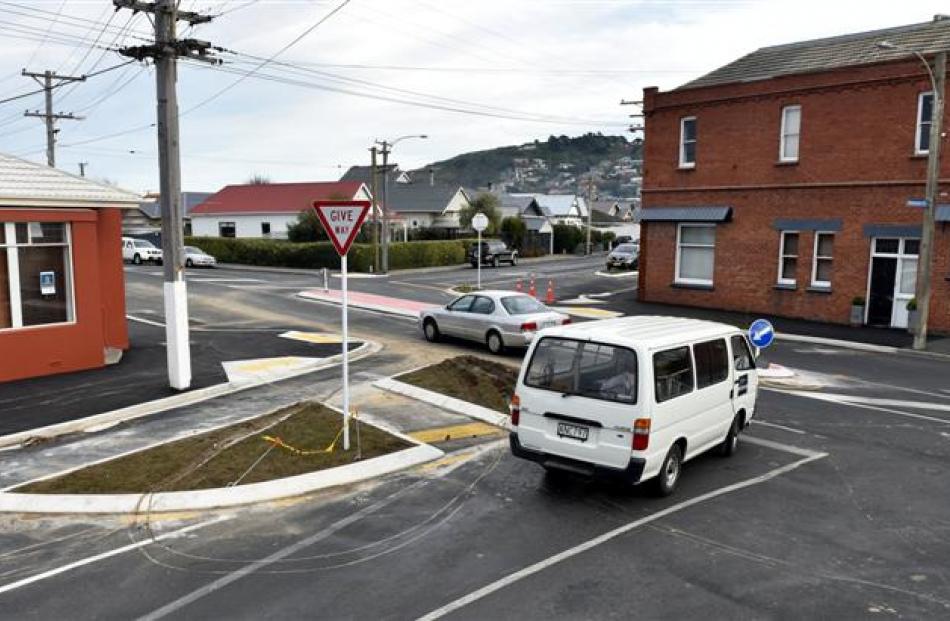 Removal of the floating traffic islands at the Hargest Cres/Richardson St and Moreau St/Richardson St intersections will begin this month. Photos by Peter McIntosh. 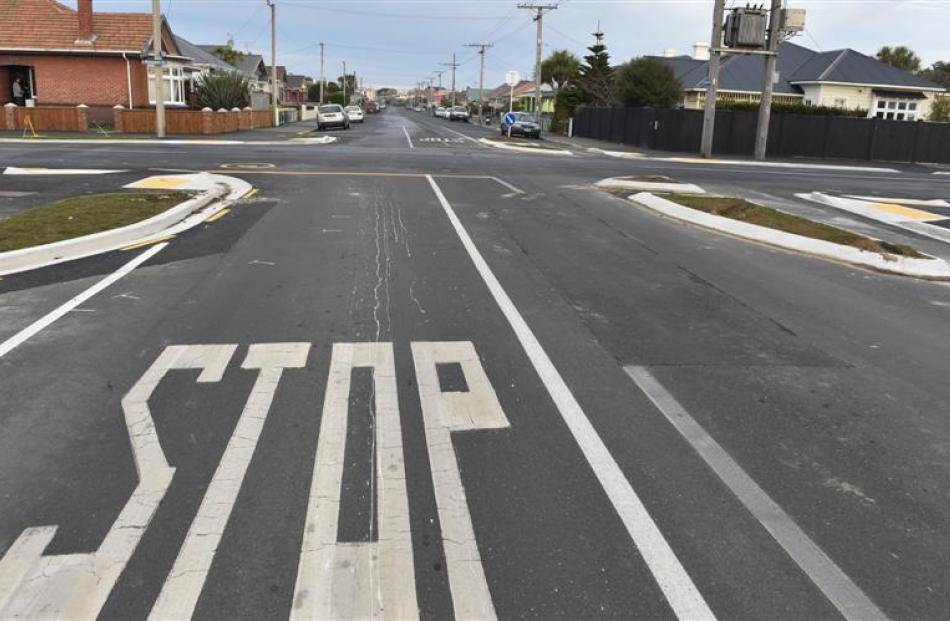 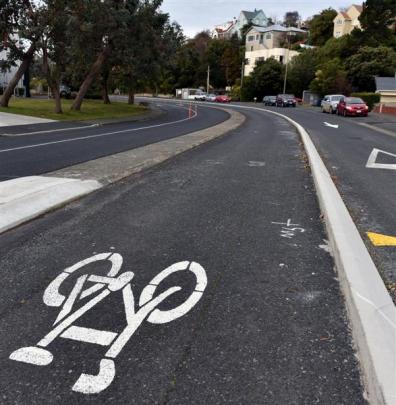 The scrapping of some of South Dunedin's most unpopular cycleway traffic islands could begin as soon as next week as the Dunedin City Council responds to public feedback on the bungled network.

The council announced yesterday the ''floating'' traffic islands at the intersections at Hargest Cres/Richardson St and Richardson St/Moreau St were to be removed by council contractors, with work expected to start before the end of August.

Other sections of the South Dunedin Cycle Network (SDCN) would also get remedial treatment, including:

• Signs and road markings to be installed across the SDCN.

Designs were now in place for a ''highly practical road and cycleway layout, improved road markings and signs, complemented by a vastly improved general environment providing a family-friendly atmosphere'', she said.

That ''family-friendly atmosphere'' could include street furniture, drinking fountains and plantings that would make for a ''park-like environment, rather than feeling like you're in the middle of the road'', she said.

''We've accepted we didn't get these designs right first time, but we have taken on board what the community has told us and we are making changes.''

Residents and businesses in and near the affected streets could expect to hear from the council and its contractor, Downer, before each section of work was begun.

She said while the priority was safety, that applied to pedestrians and motorists as well as cyclists.

There would also be ''a new urban design element'' to new construction on the network, she said.

That could include different types of paving, seating on appropriate corners, and planting in the separation areas.

The significant changes right across the network were a response to public feedback, and that feedback would continue to be sought over the coming months, Mrs Stokes said.

The design of the network's new sections would be reviewed and improved in that time, with residents being asked for feedback before the designs were confirmed.

Work would also include signage through the Oval, on to Gordon St and Vogel St - expected to be completed in October - while work on Tedder St was due to be finished by the end of the year.