Traveller's plea: leave us be 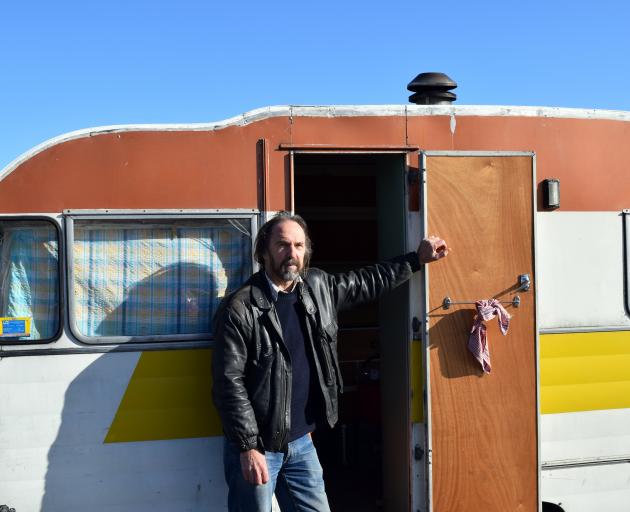 Traveller Beck Ritchie (63) said he had been parking his home - a bus, truck or caravan - overnight on public land "on and off'' since the age of 18.

Once the public congratulated a traveller on their way of life and welcomed them to a town, but the mood had changed in recent years.

"This is a plea to the public - relax a bit and mind your own business - it's not a problem.''

No longer could a traveller stop for the night in a "gorgeous spot'', leave the site in a better state than they found it in and stay on the right side of the public.

Mr Ritchie failed to comprehend why someone would be offended by someone wanting to stop at a site to sleep.

He was often harassed when he stopped at a site for the day, even if he had no intention of staying the night.

He wondered if he would cop the same amount of abuse if he owned a fancier caravan.

"They don't consider it part of the view, they believe it obstructs the view ... it's a matter of attitude.''

A reason for the shift in mood towards travellers came after regular negative publicity on freedom camping.

All his travelling friends had self-contained vehicles and were unhappy when a freedom camper left a site worse than when they arrived.

Travellers in certified self-contained vehicles could overnight camp on any council sealed or gravelled surfaces set aside for parking.

Unrestricted sites were available to ensure campers without self-contained vehicles were staying in ‘‘proximity to adequate ablutions’’.

The problem if that many 'campers' leave the site in a worse condition than when they arrived. Rubbish left strewn, food scraps discarded on the ground and the favorite of everyone's number two's not in loos.

Most of that is caused by locals not Freedom campers. Our survey registered locals littering at 67%.