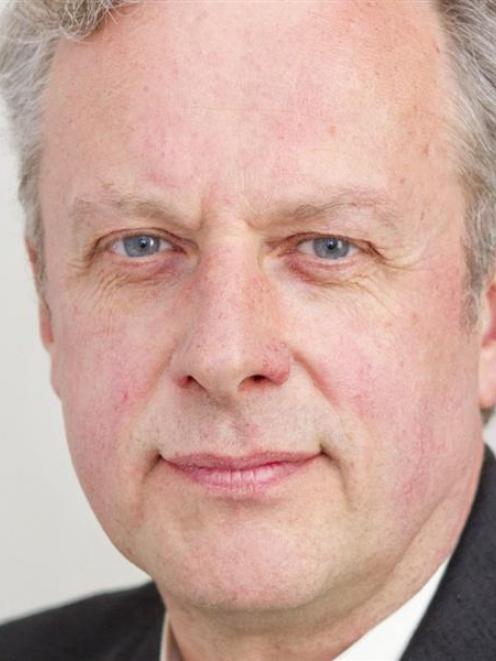 Lee Vandervis
The Dunedin City Council has taken another step towards a trial closure of the lower Octagon to vehicles, despite councillors being divided over whether the move will be the end - or the saviour - of some city retailers.

Councillors at yesterday's planning and regulatory committee meeting voted 11-4 to approve the process and timeframe for the development of options for a trial, which was expected to begin early next year.

That could mean the lower Octagon and lower Stuart St, to Moray Pl, closed to cars for an as-yet unknown period, although other options - including limited hours, a different approach or a different location - would also be considered.

Most councillors expressed support for the concept yesterday, but the debate grew tense as Crs John Bezett and Lee Vandervis, arguing against the move, clashed with chairman Cr David Benson-Pope.

Cr Bezett said the ''quite aggressive'' recommendation already implied the trial was going to happen, regardless of the views of businesses yet to be consulted.

Businesses had opposed a similar proposal in 2010, which was later abandoned, and could be ''quite dramatically'' affected - or even go out of business - if any trial proceeded this time, he argued.

''We are dealing with peoples' lives here . . . some businesses may not even survive a trial,'' he said.

Cr Benson-Pope rejected the ''factually incorrect'' claim and accused Cr Bezett of ''misleading people'', as the council had not yet decided to proceed with a trial.

Instead, council staff had outlined the process - including public consultation - that would end with a decision next January on whether to launch the trial, Cr Benson-Pope said.

Cr Lee Vandervis also questioned whether the Octagon was a problem that needed fixing, prompting another ticking-off from Cr Benson-Pope, who labelled the question ''inappropriate''.

Instead, deputy mayor Chris Staynes supported the work, arguing the council needed to ensure the central city was ''a place people wanted to go''.

Retailers would be among those who would benefit from an enhanced, people-friendly space, as they were already facing lost revenue from internet shopping, he argued.

''This whole idea of making our central city a people place ... I think is a piece of work we have to do.''

Other councillors supported the move, including Cr Benson-Pope, who said the plan was ''conservative and cautious'', but ''fundamental'' to enhancing the city's urban core.

The results would benefit visitors and also - more importantly - residents, ''and they are not just retailers'', he said.

''This is about the public of the city and important open public spaces.''

Cr Neville Peat agreed it would improve the central city's ''social vibrancy'', while Cr Aaron Hawkins supported the economic arguments for pedestrianisation of the area.

However, he also acknowledged a public conversation was needed before any change to the lower Octagon and lower Stuart St.

''It belongs to everybody and everybody collectively has to be involved in that decision.''

Cr Jinty MacTavish urged council staff to investigate external funding options for any trial, saying money was the ''missing'' element in the debate.

Dunedin Mayor Dave Cull said the approach was a ''very good one'' that could enhance a public space for everyone who used it, but exactly what form the trial would take was yet to be determined.

Cr Richard Thomson also supported continuing the work, but warned a proper trial would need funding, and any closure should not by done ''half-arsed'' with a few orange road cones and planter boxes.

The decision meant council staff would report back to the council with a list of options on October 28, with public consultation to follow, before a final decision on whether to proceed was taken in January next year.

However, staff also indicated the timetable could be revised, with elements brought forward, if required.