Troupe gets a feel for St Clair sand 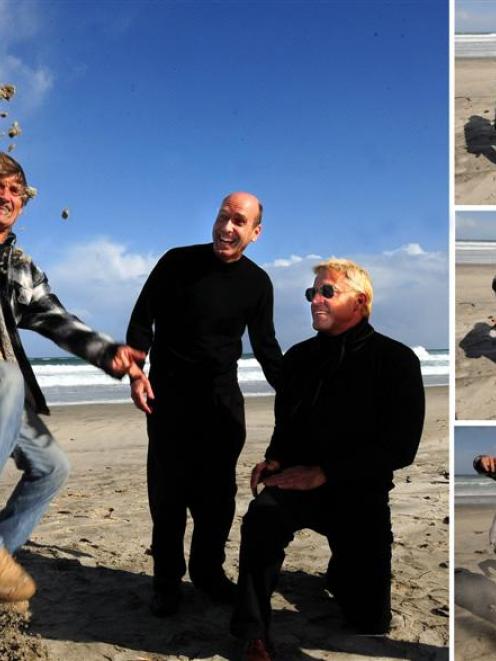 The Barcelona troupe required 15kg of "crunchy, white, fine sand" on which to perform when it performs at the Regent Theatre tomorrow night, but New Zealand customs regulations prevented the group from bringing their own sand.

"We talked to Customs about it, and they said it was OK to send small samples out of the country," festival director Nicholas McBryde said yesterday.

"But under no circumstances can you receive samples in, unless it's from a laboratory."

And, so, the great white sand hunt began.

Over the past two months, Otago Festival of the Arts organisers have sent small packets of New Zealand sand to Spain for evaluation.

Camut Band founder Toni Espanol said yesterday the band had performed on four continents, but this was the first time it had encountered difficulties.

"It has been a problem, man.

''Always, we bring our own sand.

''Only in New Zealand can we not bring our sand," he said.

"We were sent lots of small envelopes of sand from Dunedin.

''We need silicon sand, which is white, crunchy and fine.

It has to be the right sand, or the dancers can't get rhythm."

"It's just part of the challenge of the festival," he said, smiling.

"I think this sand from St Clair is going to be fine," Mr Espanol said.

The Spanish Ambassador to New Zealand, Marcos Gomez, will hold a reception for the performers at the Regent Theatre tomorrow.

• Australian concert pianist David Helfgott's performance tomorrow night has been moved from the Dunedin Town Hall to the Glenroy Auditorium.

"The decision was made because it will allow for a more intimate experience for both David and the audience," festival organisers said.