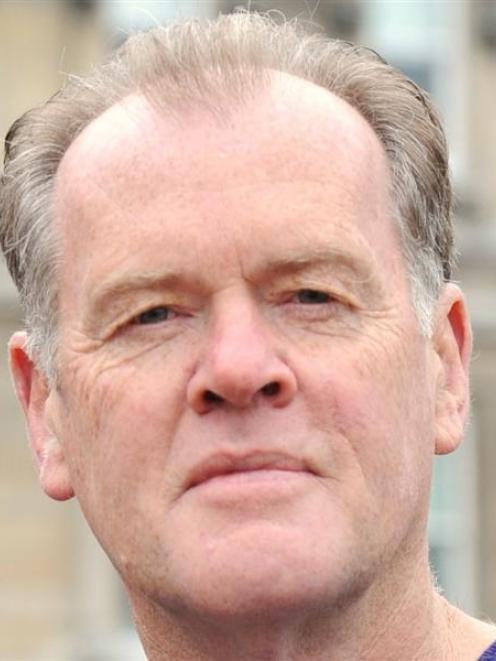 Martin Legge
A whistleblower says an Internal Affairs audit is a "whitewash" after it failed to act on his material involving the Otago Rugby Football Union, South Auckland bars and a pokie trust.

"This defies common sense. The Department of Internal Affairs is ignoring the elephant in the room," Martin Legge told the Otago Daily Times yesterday.

An audit of The Trusts Community Foundation Ltd (TTCFL) was released last week under the Official Information Act.

Earlier this year, the ODT reported the union had bought three Auckland-based bars and entered a relationship with the pokies trust, then called The Trusts Charitable Foundation (TTCF).

Mr Legge alleges that relationship - concerning the ownership of the South Auckland bars known as the "Jokers Group" - resulted in the union receiving more than $6 million in pokie grants from the trust between 2005 and 2011The Internal Affairs audit, which covers the period April 1, 2010, to January 31 this year, noted "the Department has undertaken a number of separate investigations into 'Jokers Group' and its ownership company over the years".

"At each change of ownership, it was looked at, and there was no evidence of illegality, and we had no reason to not approve the changes," the audit noted.

The audit also examined three Jokers Group grants given to the ORFU from the trust totalling $379,767 in approved payments.

They were found to be compliant.

Mr Legge, a former police detective, Internal Affairs investigator and TTCF contractor, said the "audit failed to join the dots, and was a complete whitewash".

In October 2010, he had handed over two folders full of documents, including emails and signed statements, to the department detailing concerns he had with the pokie trust, including its involvement with the union.

"I don't know what could be larger [than] $6 [million] to $7 million fleeced out of South Auckland to give to TTCF to give to the Otago Rugby Football Union and the arrangements made to make that happen ...what could possibly be larger under the Gambling Act 2003?"

He said for all the grants to be deemed "of authorised purpose is an absolute whitewash and an indictment on the department".

"They are trying to minimise the fallout from this for all concerned, including themselves. Sometimes I think they are covering up for their own incompetence and ineptitude but one would say they had plenty of opportunity to put things right, and they could still put things right."

He confirmed he would be taking a complaint over the department's handling of the investigation to the Gambling Commission.

An Internal Affairs spokesman said the department stood by its audit, and "as we said previously the focus of the audit was TTCF not the ORFU".

Internal Affair's Gambling Compliance director Debbie Despard said in March that "outstanding matters will be investigated during that audit, including ... ORFU grants ..."

The ODT has lodged a request with the Office of the Ombudsmen seeking the release of confidential documents withheld by the department.

ORFU general manager Richard Kinley said he could not comment because the audit concerned an earlier administration, and he had not read the released audit.