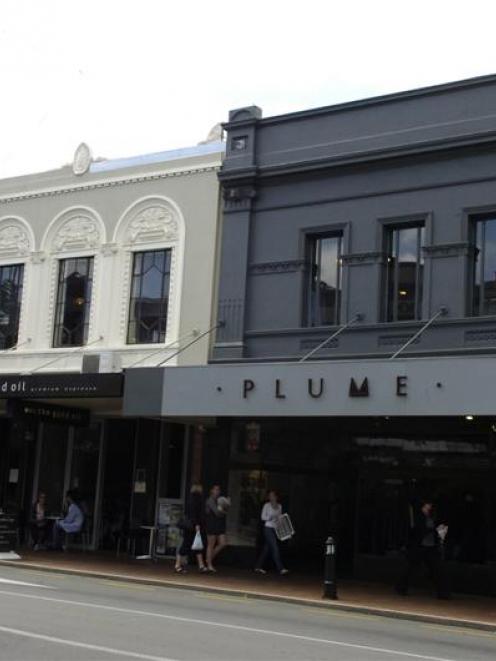 310 and 314 George St
Built environment consultant Elizabeth Kerr, and University fellow Michael Findlay discuss their favourite heritage buildings around Dunedin and why they are special.

310 and 314 George St: Well-maintained, sympathetically adapted and tenanted; I really enjoy the buildings because they contribute strongly to the contemporary character of the George Street Commercial Heritage Precinct.

They've got a lot of street cred.

Alterations since Plume took over the lease in 1979 are fitting and contextual, right down to the screwed-on metal sheet to the facade, replacement windows in reinforced glass to the first floor, and the internal staircase added in 1994.

The Good Oil cafe (314) takes up two former ground-floor shops in a building designed for Mr Renton, a baker, built in 1876-77 (architect unknown).

The Art Deco facade by architect James White, of Miller and White, was built for John Glau in 1930 - his initials appear on the shield atop the parapet.

The three windows to the first floor, separated by classical pilasters, are capped by arches infilled with baskets of flowers and fruit in raised plaster.

Below the verandah, a single 1930 shopfront with leadlights and coloured tilework complements the door furniture of the modern retrofit. 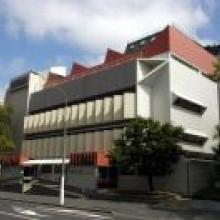 The Sayers Building
The quality that I most like about cities is the unexpected.

While consistency is pleasing, it is often difference that stays in the memory.

I get this feeling from the Sayers Building, a piece of abstract sculpture in the middle of Edwardian pomp, overscaled hospital ward blocks and glass and metal modernism.

A walk down Great King St is a guide to 20th century public architecture in its varied expressions and the Sayers Building is a highlight of my path through the city.

The Medical School Library was designed in 1969 by Alan Neil of Dunedin firm Oakley Pinfold Turvey and Neil, which evolved from Mandeno and Fraser, Dunedin Town Hall's designers.

They were a solid outfit, but Neil's work stood out.

The new library certainly caused a stir in its setting among its dignified neighbours, looking like a large piece of medical technology bristling with louvres, flaps and casings.

Neil's influences were the angular and visibly constructed buildings of the Brutalists whose work in the 1960s asserted a rebellious stand against banal modernism.

Angular, spikey, oddly proportioned and wilful, the Sayers Building animates the surrounding area with an unlikely show of spirit.

Stand next to Marte Szimay's 1975 sculpture, now hung from the Wellcome Building's end wall, and imagine yourself in a different, braver architectural world.

• Michael Findlay is a professional practice fellow in the University of Otago's department of applied sciences.