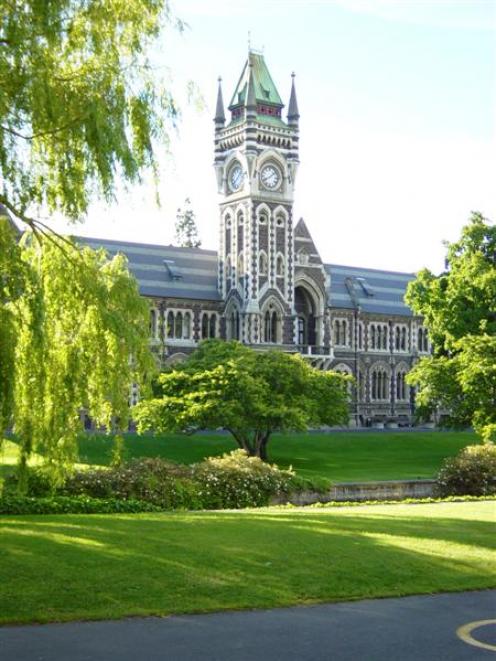 More than 25,000 animals have died during research projects and for teaching purposes at the University of Otago since 2009, with a significantly higher total expected once 2011 statistics are collated.

About 53,334 animals were used for research and teaching purposes in 2009 and 2010, figures released from the university show.

The number of animals, including fish, used by the university for research and teaching last year has not yet been reported by university departments, University of Otago research and excellence deputy vice-chancellor Prof Richard Blaikie said, so it was too early to collate the final 2011 tally.

Prof Blaikie said a 2009 total of 41,969 animals used in research and teaching was "heavily inflated" because it included the number of fish held in public observation tanks at the Portobello Aquarium.

Survival rates varied from year to year depending on the nature of the research activities engaged in, he said.

The 2010 "survival rate" effectively meant 9546 animals and fish had died during research and for teaching purposes.

Prof Blaikie said no cats were used at Otago and while dogs were used for some research programmes, it was only for behavioural studies when pet dogs were volunteered by their owners to assist researchers.

There were many benefits derived from the use of animals for research and teaching purposes, Prof Blaikie said.

"Knowledge gained from animal-based studies helps scientists better understand how the body works. For example how cancer cells develop, how to improve vaccines, and possible treatments for dementia and Parkinson's disease, the causes of human infertility and so on." The development of new biomaterials, potentially suitable for prosthetic implants, was also another benefit, he said. Many of the university's best research programmes using animals were highlighted in the institution's annual publications.

The Animal Welfare Act 1999 legislates for the use of animals in research, teaching, and testing, but the university only used animals for research and teaching, not for testing.

Statistical information about which academic divisions at Otago were using animals could not be supplied to media on the grounds individual researchers could be identified, Prof Blaikie said.

Research animals come from a variety of sources.

Rodents and frogs are bred at the university. Sheep and pigs are purchased from local suppliers. Possums, birds, and reptiles were "generally involved" in wildlife field studies, often in conjunction with the Department of Conservation, he said.

Many of the animals used for biomedical research studies were needed for tissue analysis - an important feature of many study designs - after euthanasia, at the end of the project.

Tissue samples were collected and analysed to determine different factors, as they related to study projects. "Almost all" animals in wildlife field studies were returned to their natural habitat when projects ended, he said.

All research at the university which involved animals was carried out under "very strict" ethical guidelines.

"There is a code of ethical conduct which complies with the requirements of the Animal Welfare Act 1999, and use of animals in research must go through a rigorous approval process with the university animal ethics committee.

Animals were only used when it had been determined that non-animal alternatives for research were not possible, he said.