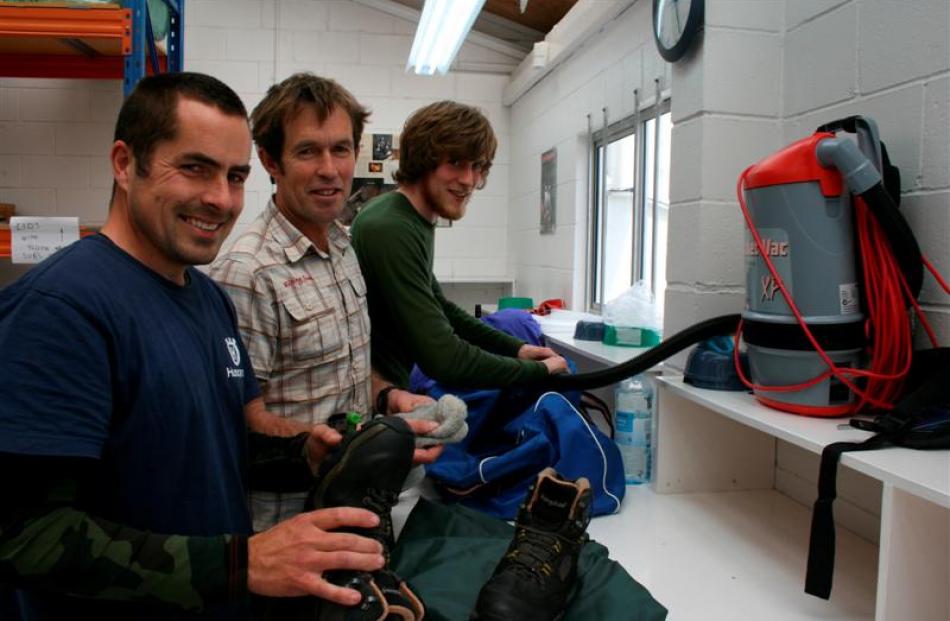 They are about to board a yacht and travel 465km south into the notoriously rough waters of the Southern Ocean, but two Dunedin men say they are ready for the challenge.

Another six-person team is also leaving Bluff today aboard the 15m yacht Tiama, heading further away - 700km - to the Campbell Islands.

Both wildlife expeditions will conduct the first comprehensive survey of yellow-eyed penguins on the subantarctic island chains.

Mr Thomson, who works mainly on Otago Peninsula and the Catlins, will spend a week living in a cabin on Enderby Island with former Oamaru Doc ranger Dave Hewson, now of Auckland. Their task will be to find penguin nests, mark birds, release them and count them on their return to their nests.

Mr Agnew will live aboard the Evohe with the rest of the team, making 4am starts for dawn penguin-counting duties on the beach.

Both men have been to the subantarctic islands once before and are keen to return.

"It's a pretty unique place.

The scenery and wildlife is pretty amazing. And it is good to be involved in a project like this," Mr Agnew said.

Mr Thomson and Mr Agnew are the only two Dunedin people on the expeditions, but three others have Otago links.

There are an 1464 to 1704 yellow-eyed penguin (hoiho) breeding pairs on mainland New Zealand, including Stewart Island.

The subantarctic islands were the stronghold for the penguins and Doc wanted to get a better picture of how big the populations there were, Ms Hiscock said yesterday.

"We know from previous research the penguins will be sitting on nests incubating eggs at the moment, and that is the best time to conduct a survey.

But it is going to a challenge getting ashore, especially if we have the strong winds and rough seas, which are very common down there."

The expeditions were costing between $80,000 and $90,000, she said. Six volunteers from a range of backgrounds including a retired engineer, a real estate agent and an investment manager were paying $6000 each to participate in the trip and help with the count, Ms Hiscock said.

Asked why the groups were travelling on charter yachts, she said it was to save money.

"Yachts are cheaper to hire and operate than fishing boats because you are not burning fuel, and they adapt better to rougher weather. They are also better equipped for on-board living."

The yacht skippers, Steve Kafta on the Evohe and Sandy King on the Tiama, were experienced skippers who had been to the subantarctic islands before, she said.

The Evohe is expected to be away about 11 days and the Tiama about 16 days.