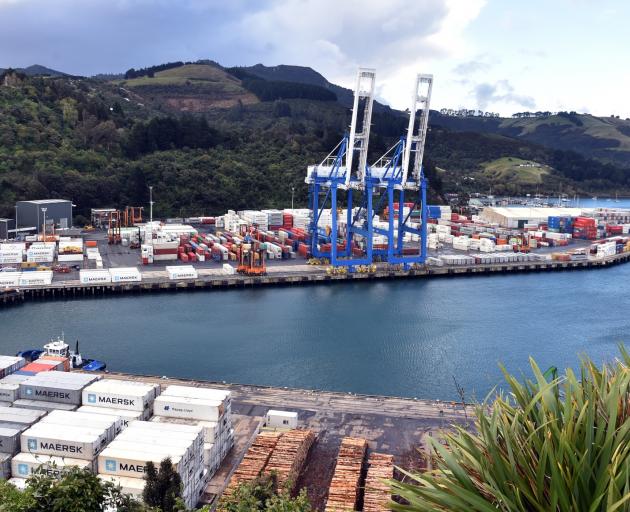 Port Otago’s chief executive has returned from Denmark with a solution to silence noisy ships.

Earlier this year, residents in the area complained about the noise coming from the Rio class ships, which they described as akin to a V8 car idling in their driveway.

Port Otago chief executive Kevin Winders said the solution may be a silencer which would be retro-fitted into the six Rio class ships.

They had gone from looking at various options to potentially landing on a solution — a silencer.

Part of the meeting was to see how they could be physically fit into the ships.

‘‘These are not small ships and it’s a relatively big silencer.’’

‘‘The pleasing thing for us is Maersk are well-engaged in the project.

‘‘They’ve got down to a solution they think is going to work and they’re just working through finalising that plan at the moment.

‘‘So we came away from our meeting in Copenhagen extremely encouraged.’’

Mr Winders was optimistic the silencers could mitigate the noise from the ships and remove the ‘‘low frequency’’ that was bothering nearby residents.

The timeframe still needed to be finalised but he hoped they could be installed before Christmas.

‘‘We will come out to the community and tell them as soon as we know.’’

It was likely the ships would not have to be dry-docked.

‘‘If you take a vessel out of rotation and put it into dry-dock it’s quite a big thing in the middle of the season, so we’re expecting that it will be able to be done without too much disruption.’’

Mr Winders said he got a ‘‘really encouraging reception’’ from Maersk engineers, and they understood the impact the noise was having.

‘‘They’re working through to solve the problem at the source, which is all you can ask for really.’’