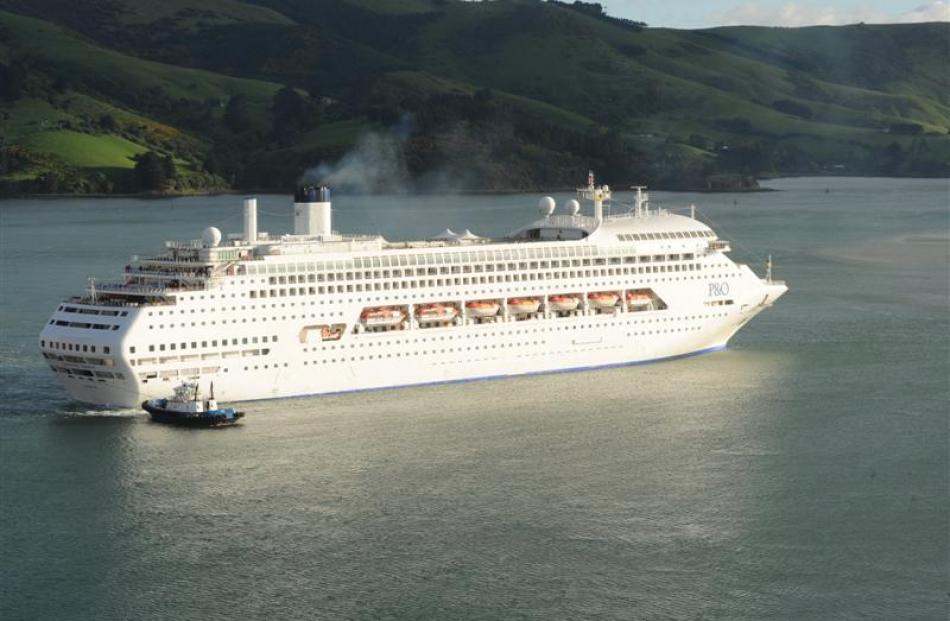 There are mixed feelings among Dunedin retailers about this year's cruise ship season.

With Dawn Princess - the last of this season's ships - due to arrive in Dunedin on Monday, those in the tourism industry are lamenting the lost opportunities of this year's season.

Early estimates suggested cruise ship passengers and crew would bring about $32 million to the city's economy but those hopes are in tatters after seven of 85 expected ships cancelled their visits to Dunedin.

Despite the cruise ship cancellations, those that did arrive in Dunedin had spent more money, Tourism Dunedin chief executive Hamish Saxton said.

Increased confidence among northern hemisphere visitors had underpinned the increased spending, he said.

''It's almost like the last two years we have come out of an economic crunch,'' she said.

The Scottish Shop owner Erin Hogan said she felt the opposite was true. Not only were visitor numbers down, but they seemed to be more focused on buying a bargain.

''A lot of the tourists were expecting discounts and asking for discounts,'' she said.

Their thrift combined with the weather led to a ''flat'' season. Port Otago commercial manager Peter Brown said the cancellations were the worst he had seen and ''reflected the very poor summer''.

For the ships that did arrive, it was a ''successful season''. Improved weather next year should bring an improved cruise ship season ''but I think everybody in the South Island will be hoping the summer is never like that ever again''.