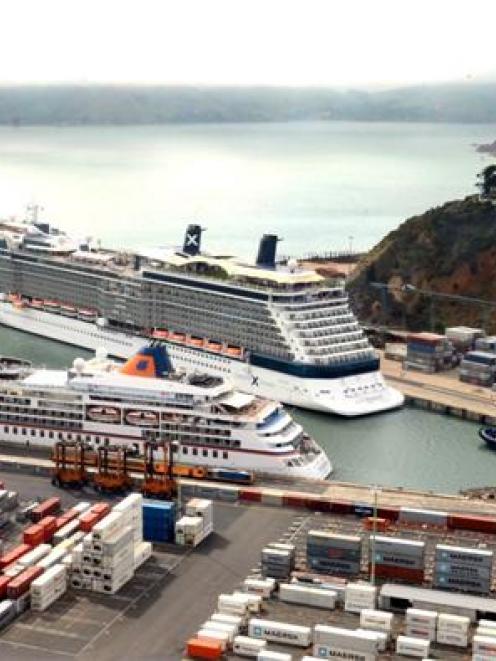 Sea Princess, the first ship of the season in October, was also the last when it left at 6.03pm yesterday.

Forecast bad weather prompted the cancellation of the expected final visit of the season by Oosterdam, which was due on Saturday.

Bad weather also helped the city, when two ships stayed overnight, resulting in a boost to shopping and tourism outlets.

While final figures were not yet available from Cruise New Zealand, a season expected to have contracted by about 1% compared with 2013 14 benefited from fewer cancellations, and grew by 5%.

For next season, 13% growth has been predicted.

On average, each passenger spent about $125. The total benefit for the season was an estimated $30 million.

Cruise tourism had grown to provide about 8% of Dunedin's visitors.

''The cruise visitors are a very visible tip of the tourism iceberg which overall contributes well over $200 million to the Dunedin economy,'' Ms Barker said.