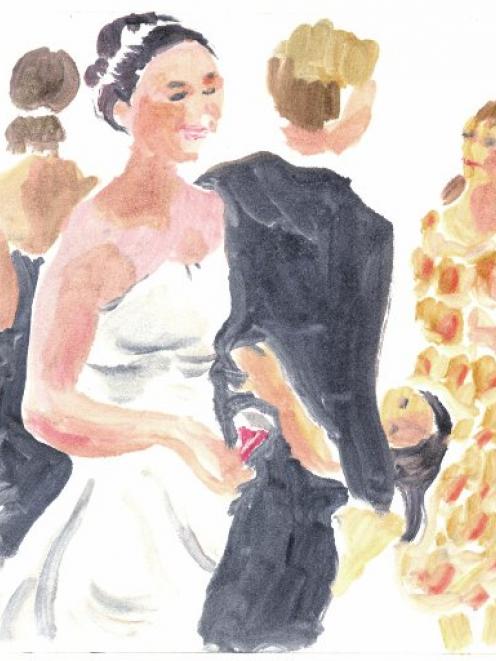 Forget rolling mauls and mosh pits: brides-to-be could soon be making their way up a grassy aisle inside Dunedin's Forsyth Barr Stadium.

The stadium - still a mass of cranes, half-finished steelwork and machinery - is expected to become the newest wedding venue in Dunedin, when completed in August next year.

And despite the buzz of activity continuing at the site, phones in the Dunedin Venues Management Ltd office have already started to ring.

DVML commercial director Guy Hedderwick said he had fielded phone calls from four Dunedin couples in recent weeks, wanting to know if the stadium would be available to host their weddings.

The inquiries had so far focused on using the stadium's function space for receptions, but ceremonies could also be staged on the playing field if desired, he said.

Several of the couples appeared to be "vying" to be first to celebrate their nuptials at the new venue, and were aiming to hold their weddings in late 2011, although nothing had been confirmed, he said.

Prices were yet to be confirmed, but depending on guest numbers, table configurations and other requirements, the stadium could be made available for a room-hire fee of $800 to $1000, he said.

Food and beverage services could also be available on site, the menus costing anywhere from $40 per head to $1000 per head "depending on what they want served", he said.

The wedding inquiries were among a steady stream of calls from non-sporting groups, organisations and individuals interested in using the venue, he said.

The interest had already led to about six events being "pencil-booked", and more calls were coming in about possible musical acts to be staged at the venue, all yet to be confirmed, he said.

Mr Hedderwick said he was not surprised at the interest from those planning wedding ceremonies.

"I have worked at a number of stadiums around the world and we have always had weddings in them."

The stadium was designed to be a multipurpose venue attracting meetings, conferences and exhibitions, as well sports, music and other events, he said.

Once completed, its function space would seat up to 1000 people banquet-style, or hold 1800 for cocktails.