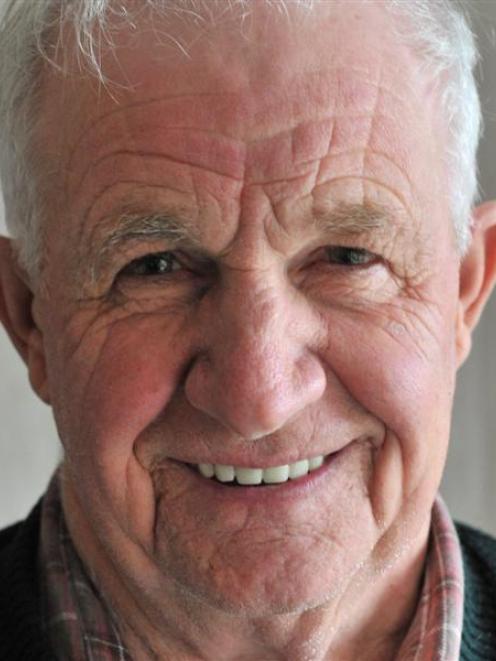 Fin Heads
Dunedin widower Fin Heads has won a landmark human rights case over what he terms ''obscene'' legislation that forced him to choose between his superannuation and his dead wife's ACC compensation.

Mr Heads (74) said yesterday he had just been vindicated by his successful Human Rights Review Tribunal claim, after a long ''stressful, emotional'' quest for justice.

The tribunal found part of the governing ACC legislation was ''inconsistent with the right to freedom'' from age-based discrimination, under the New Zealand Bill of Rights Act (1990).

Mr Heads was pleased that part of the law would be changed - specifically clause 68(3)(b), in part of the Accident Compensation Act 2001. But there should also be an inquiry into what went wrong with the legislation, he said.

He believed he should be paid out for four years of superannuation payments he had to forgo, and that the estates of people who had also been disadvantaged in the same way should be compensated.

He had won a ''part victory'', but it remained unclear if he would be reimbursed for the the lost payments.

In a statement, ACC Minister Nikki Kaye said the tribunal case had led to her reviewing ACC policy.

Under present law, ACC weekly compensation that was paid to the spouse of someone who was fatally injured was generally available for five years.

But a clause in ACC's governing Act required superannuitants, after receiving both New Zealand Super and weekly compensation for a year, to choose between the payments.

The law would be changed ''at the next legislative opportunity'', to allow superannuitants to receive both NZ Super and surviving spouse weekly compensation ''on the same basis as other surviving spouses'', she said.

The change would help about 50 people a year, with negligible effect on ACC levies, she said.

On the afternoon of April 28, 2008, Mr Heads, a retired plumber, then aged nearly 67, was at his Abbotsford home when the police arrived.

They told him his wife, Shirley Heads, had been killed in a road accident.

Mrs Heads (64) had been only 37 days from retirement that Monday when she left work at Dunedin Hospital to run a lunchtime errand.

She was struck and killed by a turning truck as she crossed the road at the intersection of Great King and Hanover Sts.

Early in 2009, an ACC letter arrived, telling him he was entitled to receive both his wife's ACC compensation and his national superannuation for only one year.

He had to choose to receive the ACC payment for the next four years and relinquish his super for that period, or vice-versa.

He elected to take the compensation, which was worth about $40 more per week than the superannuation.

He began asking why he had to make that choice and was told an underlying principle was that people could receive only one benefit payment at a time.

But he had paid taxes since age 15 and believed superannuation was an entitlement, not a benefit.

In August 2011, Mr Heads made a claim to the tribunal, against the defendant, the Attorney-general.

In its recently-released decision, the three-person tribunal, led by Rodger Haines QC, of Wellington, found the relevant section 68(3)(b) of the ACC legislation, read with other sub-clauses, breached the Human Rights Act.

Arguments advanced on behalf of the Attorney-general had ''deployed `social welfare' terminology inappropriately'' in the context of a compensation scheme.

The Crown had submitted that the Woodhouse Report (1967) and earlier reports provided support for its argument, but ''a proper reading'' of the reports established ''the opposite contention'', the tribunal said.