Young actors to unleash wild side 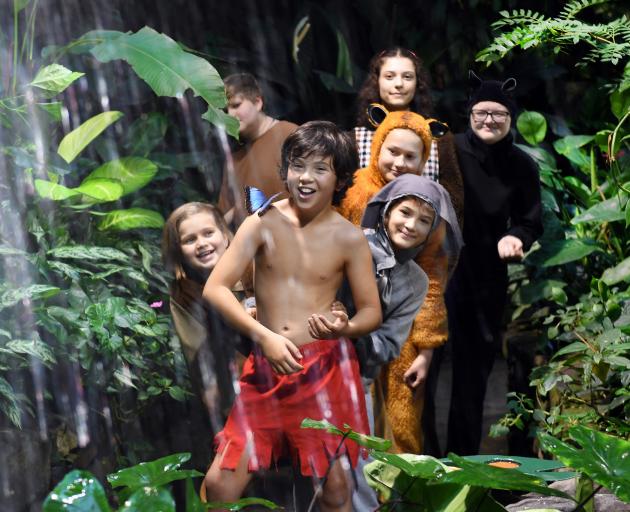 A cast of children and young adults will be walking the Town Belt as part of the week-long Wild Dunedin Festival, then helping people with eco-activities during the "Making a Change" expo in Woodhaugh Gardens in North Dunedin.

The children "kind of asked for it", and the activity was focused on protecting Dunedin's "little jungle"- the green belt, Mr Enriquez-Ballestero said.

The theme of the play - the human and natural world interacting with one another - fitted well with the environmental ideas behind Wild Dunedin.

The characters would meet people "for a moment" and hopefully encourage them to make a change, Mr Enriquez-Ballestero said.

They would also be conducting a clean-up of the green belt during the Town Belt Traverse.

The traverse was a self-guided walk, with an interpretation of the Town Belt's history and ecological importance - leaving from the Southern Cemetery and ending at Woodhaugh Gardens by 1.30pm for a sausage sizzle.

The children would then be helping out during the activities at the expo, such as identifying insects by doing a "bug census".

"They'll just be there to do them with people."

Young actress Annelise Scharpf said the whole idea was about humans and animals working together and establishing a relationship.

The Jungle Book ended on April 21.

The society is based at Playhouse Theatre and its next production is Not Quite the Three Billy Goats Gruff.