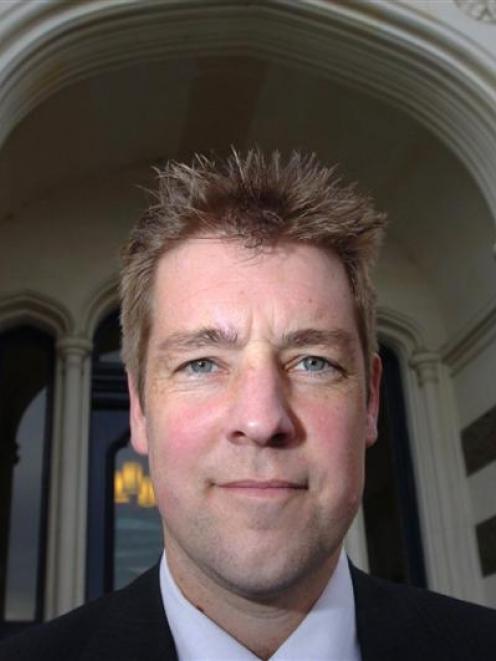 He has 14 years' experience in educating boys and is ready to draw on it as he steps into his new role as principal at Kings High School.

Mr Reddiex has a bachelor of arts degree in economics from Massey University and a diploma in teaching from the Palmerston College of Education.

He began his teaching career in his home town of Palmerston North.

In 2006, he became assistant principal at Otago Boys High.

"I've got a clear vision of what I think works at boys' schools.

''The well-rounded individual is important, while maintaining an academic focus.

''All the schools I've worked in have provided that and I've picked up on those experiences."

Outside the classroom, Mr Reddiex has a passion for football and cricket, which he has coached at secondary school level during the past 14 years, and he continues to play central mid-field for the Melchester Rovers in Dunedin.

Sundays are seldom a day of rest, as he is also the co-pastor of the Lighthouse church in Green Island.

Mr Reddiex said he did not apply for the position in the first round of applications because it coincided with the end of term and he was too busy.

However, after discussions with his wife and two children, he decided to put his name forward when the Kings High School board of trustees reopened applications.

He was pleased he did.

"It was always my endeavour to become a principal.

''I have reached that goal - possibly a couple of years ahead of where I anticipated it.

"I'm very excited about the job.

''It's a wonderful opportunity, both personally and professionally.

"The thing that excites me most is, as principal you are able to make the most difference in young men's lives."

Mr Reddiex said it was still too early to say if, or what, may be changed under his leadership at the school.

He hoped to start his new job before the end of the year, but was conscious he still had responsibilities to senior economics pupils at Otago Boys High School and wanted to make sure they were prepared for their NCEA examinations before departing.

Kings High School board of trustees chairman Geoff Rodden said Mr Reddiex was appointed because of his strong focus on education and achievement of boys, his commitment to whatever task he sets his mind to, and his manner when working with boys.

"He commands respect by giving respect."