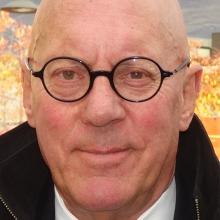 Jim Boult.
Doubling government grants to first-home buyers has drawn a tepid response from Queenstown-Lakes Mayor Jim Boult, who believes his council needs to step in to help solve the resort’s housing crisis.

Yesterday, the National Party announced  its HomeStart grants would be increased by $10,000 if it was re-elected, meaning eligible couples could get up to $20,000 for an existing home or $30,000 for a new house.

That could help up to 80,000 people into their first home over the next four years, it said.

However, the change may make little difference in Queenstown.

In July, the median sale price for houses in Queenstown and Arrowtown was $935,700.

Mr Boult said any help was welcome and it was pleasing central government recognised difficulties for first-home buyers.

"However, given the current market we have in Queenstown, my view is that there’s not a lot of stock that’s available for under $550,000. It would be good if they looked at the cap."

High rents and house prices are squeezing people in Queenstown, who are struggling to live in the resort, in some cases, let alone save a 20% deposit mandated by the Reserve Bank.

According to Government tenancy data, the median rent for a three-bedroom house in central Queenstown, Frankton or Arrowtown is $700 a week. That is double the rent charged for a similar house in central Dunedin and a third more than what is being paid in the leafy Christchurch suburbs of Fendalton, Strowan and Bryndwr.

Mr Boult said it was common for Queenstown renters to be paying $700 or $800 a week.

Two fledgling ideas are for the trust to build houses on leasehold land, to be leased to the house-buyer at a low rate over a long period or in perpetuity; or a shared equity model, which would allow people to get into houses with much lower deposits.

Under the first idea, house prices would probably be below the HomeStart cap — meaning doubling the grant would be useful, Mr Boult said.

He said special housing area legislation had been helpful in Queenstown to fast-track land for residential development but that had not sufficiently cooled the housing market.

"Largely, we’ve [the Queenstown Lakes District Council] decided that if this is going to be fixed we’re going to have to do it ourselves."

Asked if that was a sign the Government did not have the will or the tools to deal with the town’s housing crisis, Mr Boult said: "They’re as perplexed about it as we are."

With house prices in Queenstown hovering near $1million, it was hard for school teachers, police officers and council workers to afford a house, the mayor said.

National Party spokesman Clark Hennessy said in 2016, 300 of the 1907 properties sold in the Queenstown Lakes, or 15.7%, were to first-home buyers. He did not state the average price.

Simply providing low cost owner housing will not solve the problem, as all it does is provide a select few with subsidised housing. It also does not solve the long term problem and in fact will only increase it over the long term. Perhaps the answer could be limited tenure rental housing, with some provisions attached like the tenants being in employment in Queenstown.To be fair employers rather than ratepayers should be assisting with subsidies and putting matters to right as at the end of day they are the ones benefiting from not paying a reasonable wage or providing accommodation. I think Mr Boult is well aware of the that and throws in teachers, police housing etc as a bit of curve ball to make a council subsidy more palatable to the already over burdened ratepayers.