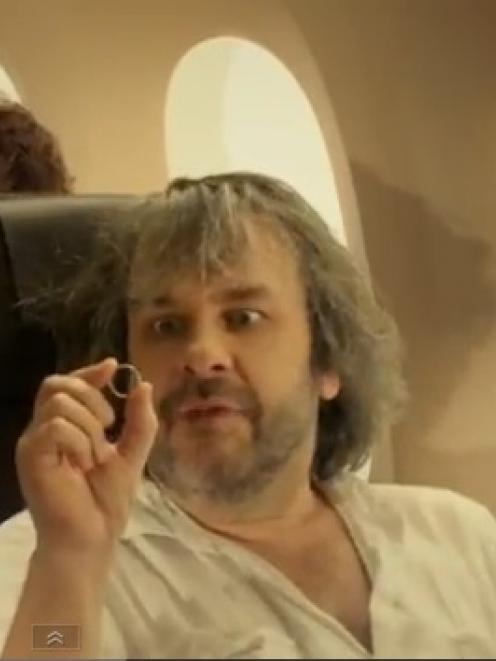 The video, named An Unexpected Briefing, features elves, wizards and hobbits along with a cameo from the popular Lord of the Rings character Gollum.

The Hobbit: An Unexpected Journey director Peter Jackson makes a brief appearance, finding the "one ring" on the ground and exclaiming "my precious" before putting it on and disappearing.

International media including CNN, the Sydney Morning Herald, The Telegraph and Wall Street Journal have carried stories about the video.

The positive coverage has helped lift YouTube views of the briefing to more than 6.2 million in four days.

Air New Zealand international marketing chief Jodi Williams said An Unexpected Briefing was a viral hit from the start, receiving one million views on the day it launched.

"The video has been simply fantastic for growing global awareness of the forthcoming movie, Air New Zealand's brand and New Zealand as a destination. But most importantly it's been a hit with customers on our aircraft and has again shown that by creating world class content people will engage with the safety messages."

The clip also features New Zealander Dean O'Gorman, who plays the Dwarf Fili in the movie, and Mike and Royd Tolkien, great-grandsons of the book's author, JRR Tolkien.

It was created in conjunction with the Academy Award-winning Weta Workshop, who have worked on both the Lord of the Rings and Hobbit films.