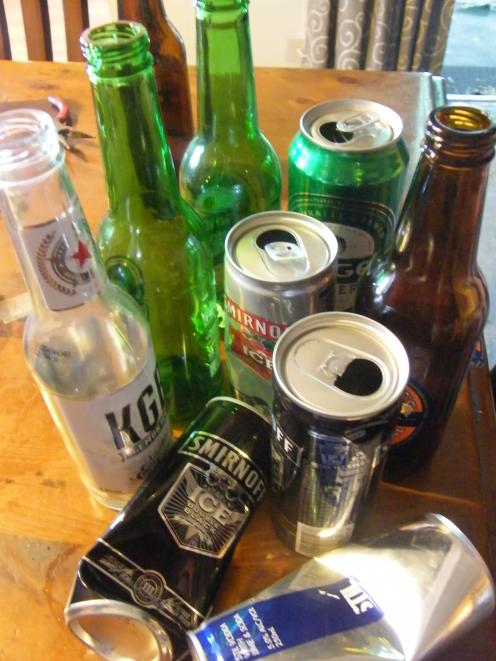 Photo: ODT files
Alcohol Action New Zealand says up to 30,000 children have been born with alcohol-related brain damage in the past 10 years because of their mothers' hazardous drinking.

Also, about 8000 New Zealanders died prematurely during the same period as a result of alcohol, the group says.

The national alcohol watchdog has slammed the current Government for failing to commit to recommendations from the Mental Health and Addiction Inquiry to strengthen alcohol regulations.

It comes after coroner Debra Bell yesterday revealed a 2-month-old baby girl died with an alcohol level of more than six times the legal limit for an adult driver. Sapphire Williams died in January 2017.

At the time of her death, the baby's mother Janice Tua, told the police the twin baby and her family were homeless and waiting for Housing New Zealand to assign them a house.

The report warned mothers against breastfeeding after drinking, finding the baby's mother had consumed 18 pre-mixed bourbon and colas the day before the infant died.

AANZ says it has been 10 years since the New Zealand Law Commission reviewed alcohol laws, which it claims were ignored by John Key's National-led government.

Along with the thousands of premature deaths, alcohol had contributed to 700,000 physical and sexual assaults, up to 30,000 children born with alcohol-related brain damage and more than $70 billion of social costs, the group said.

However, Spirits NZ chief executive Robert Brewer disputed those figures, saying they were based on inaccurate studies.

"That $70 billion figure was based on a study that has been widely declined by leading economists as being inaccurate because it double-counts the cost of excise payments, for a start.

"It also doesn't count the social benefit of alcohol - if you drink moderately and are a relatively healthy person statistically you live longer than someone who does not drink at all,'' Mr Brewer said.

AANZ medical spokesman Doug Sellman said the figures were based on findings of three separate studies published as peer-reviewed articles in scientific literature, and work undertaken by economic organisation BERL.

There had been very little change over the past decade apart from a small downward trend in per-capita consumption of alcohol, probably as a result of the 2008 global financial crisis.

Dr Sellman said the current Government's focus on wellbeing must bring it to the realisation that alcohol had devastating effects on New Zealand families and communities, and we all paid the price.

Ministry of Health deputy director-general mental health and addiction Robyn Shearer said the ministry recognised the impact alcohol could have on individuals and communities.

"We're committed to supporting the findings from He Ara Oranga, the government inquiry into mental health and addiction,'' Mr Shearer said.

Earlier this year a study published in the prestigious Lancet journal showed New Zealanders were drinking much less than 20 years ago, bucking a global trend of rising alcohol consumption.

Millennials were said to be partly driving the trend, as the younger generation was increasingly risk averse and health conscious.

But despite the drop in consumption, one in three New Zealanders were still binge-drinking regularly, the research found.

Don't drink grog for the 9 months is that so hard