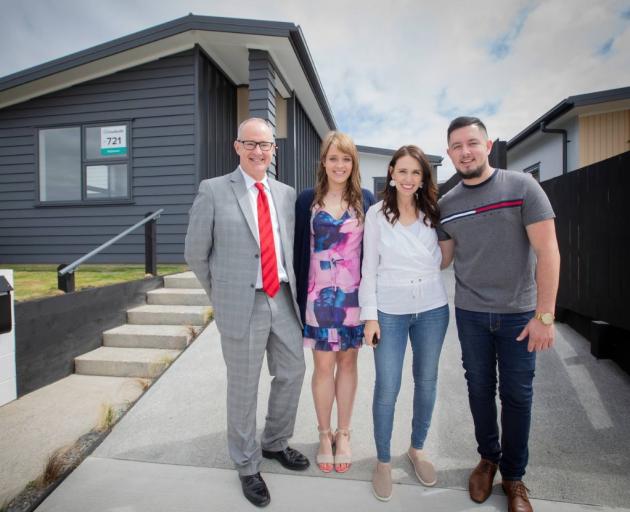 Dressed in jeans, a white top and flat shoes, Ardern carried a baby mandarin tree through a cheerful crowd to welcome families into the first KiwiBuild homes at Papakura in South Auckland.

"I won't be carrying a coffee table today," Ardern told residents at the new McLennan Park development, a reference to the famous image of former Labour Prime Minister Michael Joseph Savage lifting a dining table through the crowd at the opening of the first state house in 1937.

Instead, she gave each of the first 18 KiwiBuild owners a mandarin tree, a Chinese symbol of abundance and happiness.

Today's welcome was full of symbolism for Labour, which celebrated one year in Government yesterday and five years since Twyford conceived KiwiBuild to deliver 100,000 affordable homes in 10 years.

"If I can hark back to some Labour tradition," said Ardern, going on to remember the "great father of the Labour Party" Michael Joseph Savage and Norman Kirk, who had one of her favourite sayings: "All one really needs is something to do, somewhere to live, someone to love and something to hope for."

"Years ago, KiwiBuild was just an idea, but you all here today are making it a reality," he told the large crowd of locals, MPs, Housing New Zealand staff and builders who showed up for a street party that included a sausage sizzle and Dave Dobbyn singing the Kiwi anthem Welcome Home. 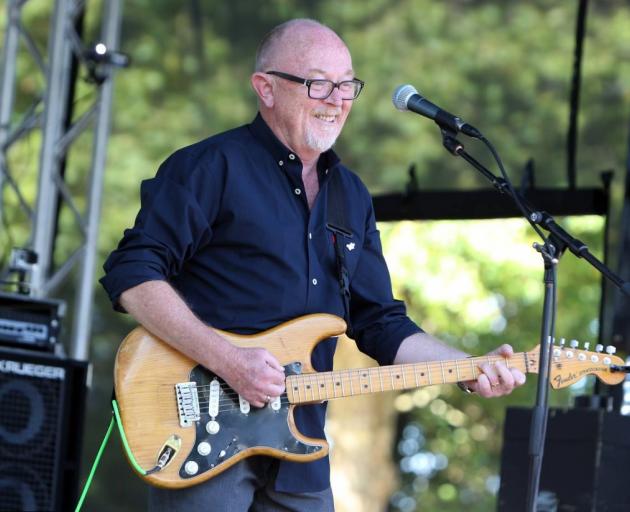 Dave Dobbyn performed Welcome Home at today's welcome for the first KiwiBuild families in Papakura, Auckland. Photo: NZ Herald
In the middle of the moment were a young couple, Derryn Jayne and Fletcher Ross, the proud owners of a new four-bedroom KiwiBuild home on Regiment Way costing $649,000.

"It feels amazing, it feels like we have won the Lotto," said Jayne, who at 25 and about to graduate as a doctor, was thrilled at winning a ballot for one of the first 18 KiwiBuild homes at McLennan Park.

Jayne and her 24-year-old partner Ross, an online marketer, were on the verge of giving up hope of getting on the property ladder in Auckland before "getting lucky" with KiwiBuild.

"Not many people can say their first home is a brand new one," said 24-year-old Ross, whose home, smelling of fresh paint and carpet, was opened to inspection by the media and photos with the Prime Minister.

In about four weeks, the couple plan to move into the single-storey house with a north-facing backyard to plant the mandarin tree.

Twyford was confident the Government will reach a target of 1000 KiwiBuild homes by July next year, followed by 5000 and 10,000 in the following two years.

In response to recent concerns by social agencies that KiwiBuild is perpetuating housing unaffordability and intergenerational problems, Ardern said the Government was focused on housing for everyone - people who are renters, in need of a state house and those looking for a first home.

Those in the middle deserve access to the housing market, they have been locked out and that is what KiwiBuild is all about, she said.

"It is not about one group. It is about making sure every New Zealander, no matter what their income is or their circumstances, there is access to a decent, warm, dry home."