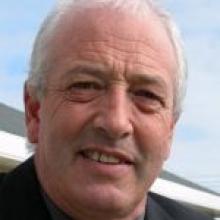 Paddy Ford
The New Zealand Principals Federation has labelled the Government's bid to set national literacy and numeracy standards "totally unnecessary" and wants to work with the Ministry of Education to make sure no extra testing is put in place.

The Government is rushing through the implementation of the Education (National Standards) Amendment Bill which will give the education minister power to set national standards in literacy and numeracy.

It will require pupils to be assessed against the new national standards and the information will be communicated to parents.

"We don't need any more tests. We've already got enough tests in place - we've just got to use the ones we've already got. The Government is trying to do something that's totally unnecessary."

There was concern among educators that national standards could lead to standardised testing in primary schools, he said.

"Any kind of compulsory testing has not worked anywhere else in the world. It's like saying 'everybody has got to have a golf handicap of 11'. We have a range of achievements and people have to understand that."

Mr Ford believed the Government would be better to spend more money on literacy and numeracy recovery resources for pupils falling behind in primary schools, and on resources to modify anti-social child behaviour issues which were on the increase.

"Children talking out of turn can often affect the learning of others."

He hoped the principals federation could work with the Ministry of Education to make sure no extra, unnecessary testing was put in place.

"We've got to work together so that they [the Government] can achieve what they want with standards and what schools want with learning programmes."