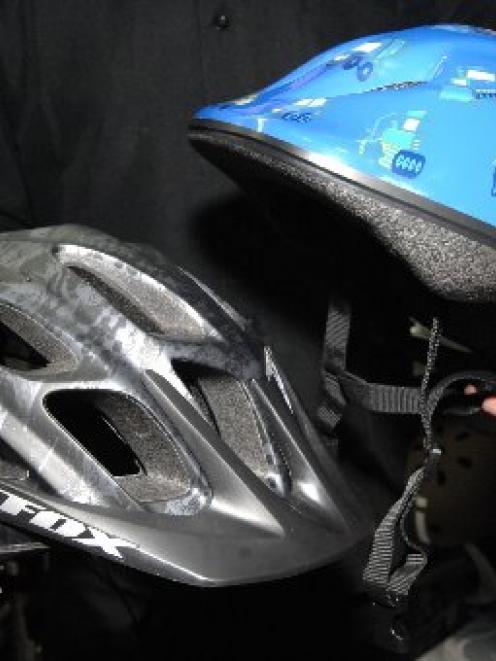 The Evaluation of New Zealand's Bicycle Helmet Law report, published in this week's New Zealand Medical Journal, also says forcing cyclists to wear helmets has contributed to 53 premature deaths each year and halved the number of cyclists on the roads.

But an academic and cycle advocate have separately said it was "a stretch" to say the helmet law, which came into effect in 1994, was solely responsible for those findings.

In the report, UK cycle coach Colin Clarke compiled numerous New Zealand sources to question whether a mandatory cycle helmet requirement was the "best approach to promoting health and safety".

Mr Clarke said cycle use fell 51% since the helmet law was passed. In 1989-90, before the law was imposed, the average New Zealander spent 11.4 hours per million cycling.

The head of the University of Auckland's School of Population Health, Prof Alistair Woodward, said numerous other factors would have contributed to that reduction, not just the helmet law.

"It is true that cycling became less popular in the period after the law was introduced. But many things changed at that time. For instance, cheap second-hand cars became available. It is difficult to attribute the changes in cycling to any one factor," he said.

Mr Woodward also noted there had been an increase in cyclist numbers despite no change in helmet requirements.

In his report, Mr Clarke also concluded that since the helmet law came into effect, 20 more cyclists were being injured per hour.

"Cyclist safety has been reduced due to the helmet requirement and law," Mr Clarke concluded in the report.

However, he found the number of cyclist deaths per hour had decreased by 11%.

"So many things have changed since that law went through.

There are far more cars on the road, younger drivers and so many other factors that have resulted in increased cyclist injuries ... this is just so left-field.

"And in terms of saving us from brain injuries, [wearing helmets] has been significant," she said.

The report states that as well as reducing cyclists' safety, the helmet law has been blamed for reducing public health.

Mr Clarke estimated the helmet law had contributed to 53 premature deaths per year due to reluctance to cycle and therefore fewer people exercising.

"Making cycling less convenient and with the potential for parents to incur a fine if their child is not wearing a helmet could add to the discouraging effects due to legislation.

Mr Woodward said he agreed the health benefits of cycling were much greater than the risks of crashes and injuries and cycling should be encouraged.

"But I am not persuaded that withdrawing the helmet legislation would boost the numbers of people cycling. There are other steps we can take and I think this is where the priorities lie."