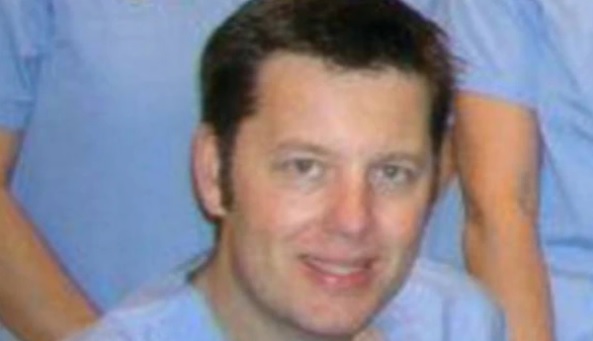 Samuel John Simpson Wilson was last year convicted in the Nelson District Court on eight charges of making an intimate visual recordings between June 2012 and April 2015.

He was sentenced to seven months' home detention.

Wilson used a covert Syntec USB disguised as a door opener and attached to his car keys to record two women who changed in his bathroom at home, and a further 10 female colleagues from Nelson Hospital.

The 45-year-old cardiologist put the USBs in two different positions in the toilet area to record from different angles.

Visitors to Wilson's family home were filmed entering the bathroom and using the toilet, including showing removal of clothing.

One charge referred to his holding and manipulating the camera while seated next to, and talking, to a female colleague so that he could film her exposed legs and up her skirt.

In the hearing, Wilson made no submissions and called no evidence in response and he accepted his convictions and conduct would likely bring discredit to the medical profession.

However, he did fight succesfully to keep his medical registration and instead of cancellation, he was suspended for one year from the date of the hearing, on May 2019.

It was submitted for Wilson that a significant distinction was that the images did not involve children or abuse of children and it was said that Wilson "never intended any harm" to his victims.

The tribunal noted that seemed to ignore "significant stress, humiliation and embarrassment that those victims suffered on learning of the offending".

Despite thinking "long and hard about making an order for cancellation", the Tribunal concluded that "this is not a case where such cancellation is necessary for protection of the public or maintenance of standards".

It said Wilson had lost suppression and had his name printed many times so the public could make up their own minds as to whether to seek his medical help.

He appealed his name suppression all the way to the High Court but lost.

Although the district court sentencing judge found Wilson continued to deny any sexual element in the offending, it "does not mean that an order for cancellation should be made".

"The Tribunal has considered the psychiatric and other reports and references carefully and is of the view that cancellation of registration would be disproportionate and would result in a loss to the community of a medical practitioner who is well trained and has no clinical issues."

The Tribunal instead found that what was needed was for health supervision to "treat Dr
Wilson's behaviour and so prevent any repeat".

"This can best be achieved by first an order for further suspension."

For the first three years upon resuming practice, Wilson must also meet the requirements of the Professional Standards Team of the MCNZ including its requirements for proof of compliance, as well as advise future employers of the Tribunal's decision and its orders.

He must also maintain mental health treatment for that three-year period.

He was also ordered to pay $4200 towards the costs of the Professional Conduct Committee and the hearing of the Tribunal.