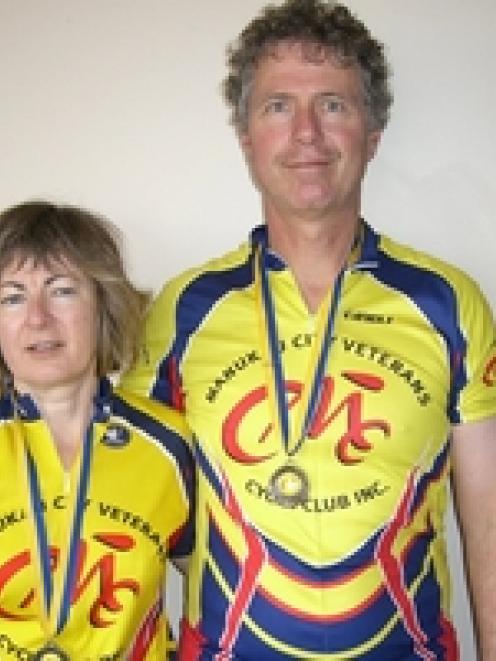 Jane Farrelly died while she was cycling with her husband, Ian, and friends near Taupo in March. Photo NZ Herald/Sarah Ivey
A truck driver was "within arm's reach" of a group of cyclists seconds before his vehicle hit one of them, an inquest has been told.

Jane Farrelly, a 50-year-old mother of two, died while on a group ride with her husband Ian and friends near Taupo in March last year.

Today, at a coronial inquest in to her death being held in Hamilton, Mr Farrelly said he was riding as part of the group behind a bunch of riders that included his wife, who had planned to compete in the Annies Girls on Bikes ride around Kinloch.

The race had been cancelled but the group of riders had booked their accommodation in Kinloch and wanted to replicate the 92km ride.

Mr Farrelly said the riders had set off about 9am and were travelling in single file shortly before the accident on Poihipi Road.

He told the inquest he was riding about 50 to 100 metres behind the leading bunch. It was his responsibility to warn the groups of approaching vehicles from behind.

But Mr Farrelly said he couldn't hear the truck that would later collide with his wife. He also couldn't yell loud enough for the riders in front to hear his warning.

"As our group began to climb a truck passed us so close I could have reached out and touched it," he said.

"The truck was definitely within an arm's reach, it gave me a fright that it was that close especially because it was so quiet."

He said Mrs Farrelly had trouble with her right shoe and was reaching down to adjust it. She went away from the road's edge towards its centre when the passing truck either clipped her front wheel or handle bar.

"We saw the truck go straight through the bike which got spat out the other side," said Mr Farrelly.

He saw someone knocked over not knowing that the injured person was his wife as all the riders ahead were wearing the same apparel.

He saw Mrs Farrelly, his wife of 26 years, lying prone on the road, when he got closer.

Her cycling buddies put her into the recovery position but she never regained consciousness.

"Some time later the driver tried to make a brief appearance to us and tried to claim it was Jane's fault for turning towards the truck," said Mr Farrelly.

"These are generally truck drivers who are professionals and are seated higher. With the 100-metre rule he could not have seen 100m ahead, he was quite close when he overtook us."

The inquest before Coroner Gordon Matenga is set down for two days and will hear evidence from 14 witnesses including the truck driver.