Duck season a non-starter for hunters

The traditional duck-shooting outing on the first weekend of May looks to be a casualty of Covid-19, even if there is a move to Level 3 before then.

Duck-shooting fell under the umbrella of hunting, which was a banned activity under Level 4 and Level 3 restrictions, Fish & Game Otago chief executive Ian Hadland said.

It was a shame, but he hoped some activity would be able to go ahead later in the season, and if it could not, Fish & Game would look at refunding licences.

He believed hunting, including duck-shooting, was safe and said he would be questioning how the conclusion to ban it was reached.

"I don’t expect my questions to change the outcome."

In the meantime Fish & Game’s advice was that duck-shooting was off until further notice.

Mr Hadland said most rangers’ work was on hold during Level 4, but some would be resumed as shore-based fishing would be allowed under Level 3 and licences would need checking.

Federated Farmers Otago president Simon Davies said landowners should continue to discourage visitors from going on their properties, even if the nation moved into Level 3, as the general message would still be to stay at home.

"Duck-shooting would not be staying at home. Putting five or more people in a mai-mai would not be proper social distancing."

Asked its views on whether duck-shooting would be a permitted activity under Level 3, a police spokeswoman said police were "not offering speculation about matters relating to potential alert level changes at this time".

She said they would operate in accordance with the relevant alert level restrictions.

"We will continue to take a graduated approach to ensuring compliance when we become aware of restriction breaches, beginning with education and warnings."

A continued general ban on hunting in a Level 3 scenario was met with upset by some groups, including the New Zealand Deerstalkers Association (NZDA) and the Act party.

NZDA national president Trevor Chappell said the association was "dismayed at the hypocrisy" and could not understand why the Government deemed hunting unsafe when other permitted activities were actually less safe, and that there was time to revise the rules.

"We know that the vast majority of hunters have willingly complied with the guidance so far and while it is deeply frustrating to stay at home during the roar, they are doing their bit to help eliminate Covid-19 in New Zealand."

"For those people that have been selfishly flouting the rules, this should be a wake-up call. It is time to do the right thing and stay at home."

In a further statement, he said the council was concerned and had asked questions about inequities and had requested consideration be given to allowing easy one-day hunts, under particular conditions.

“We believe these conditions [would] meet the requirements set out for other forms of recreation currently allowed under Level 3 and allows for compliance with Covid-19 safe practice.

“As we know hunting has many social and community benefits especially when it comes to mental health and wellbeing as well as being an important food source for many people.

“No matter what rules are ultimately decided upon it is important that hunters comply with them and maintain the social distancing that is vital to reduce the cases of Covid-19 in New Zealand." 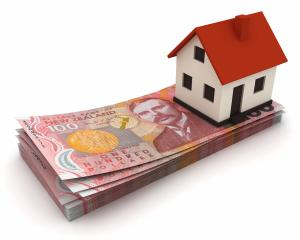 Good ! The ducks get a reprieve , duck populations could be managed without blasting them from the sky and many suffering a lingering death from injuries.

How would you control a wild population of Duck?
I see the Government has said that the Level 3 ban is a mistake and they are looking into how people can go hunting safely under level 3.

Fantastic. May give some of the big brave hunters time to reflect on how sick it is to dress up as soldiers and go out inflicting massive misery of harmless birds. It will reduce the number of wounded ducks left to die a slow death in the bushes by thousands.