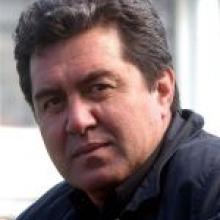 Alan Duff
Traffic charges against author Alan Duff were dismissed today in Taupo District Court, with a judge also criticising police for prosecuting him on other charges.

Duff, 57, had pleaded not guilty to failing to remain at a scene after being stopped for speeding, failing to stop for police and two counts of resisting police.

He was charged after an incident on Broadlands Rd, about 20km north of Taupo, on September 13 last year when he was stopped by a policewoman for speeding.

The resisting charges were withdrawn earlier this week and in his written judgment today, Judge Chris McGuire said there seemed no practical reason why those charges were laid on January 4 instead of when the others were laid last September 14.

He said police evidence in support of the resisting charges was "unpersuasive and vague" and police were right to seek leave to withdraw the charges.

"The result, however, is that I am left uneasy over whether police prosecutorial power was used wisely and fairly in this instance," Judge McGuire said.

The court had been told that Constable Patricia Foden had pulled the Once Were Warriors author over for speeding and he started "ranting". She later threatened to pepper spray him when he tried to avoid having both arms handcuffed together.

Judge McGuire said Duff became "very fired up" after Ms Foden told him he had been going 112kmh and he saw the locked reading on the radar was 110kmh.

"I have considered the situation of a sole average sized, slim female officer versus a taller and more powerfully built male meeting in these circumstances in a rural district ...," Judge McGuire said.

Although she did not appear fazed by Duff, she would have been startled by his "seizing the initiative" the way he did and his sudden anger.

When she asked for his details, he said he had done nothing wrong and initially refused.

When making a "query person" (QP) request to police communications and writing down his details, he went back to his car and drove off.

She gave pursuit and requested assistance. After 3.5km she stopped him again and told him he was under arrest for failing to remain and failing to stop.

But Duff's lawyer said he had been entitled to drive off when he did because from the moment Ms Foden initiated the QP, she was not exercising any power under the Land Transport Act.

Judge McGuire agreed and said police have no power to detain a citizen except under express statutory power.

"It may well be that a public debate on this issue is timely," he said.

"There may well be very sound practical and pragmatic reason to give carte blanche to QPs in their present form in all cases where drivers are stopped.

"But there are certainly arguments to the contrary that they are an unwarranted and further erosion of human rights. Those arguments are not for me to decide. Ultimately they are matters for Parliament."

Duff had fulfilled his duties under section 114 of the Act to remain stopped to provide personal details required of him. Having given Ms Foden the opportunity to establish his identity, he was entitled to leave when he did, the judge said.