Fines up to $15k for businesses over vaccine passes

Businesses which are required to - but refuse to - enforce vaccine passes could face fines of up to $15,000.

The Government announced new details today around vaccine mandates for businesses under the new traffic light system from December 3.

It includes a tool outlining legal criteria which must be met before a business can require its workers to be vaccinated.

Workers covered by the My Vaccine Pass mandate will need to have their first dose by December 3 - 10 days' time - and be fully vaccinated by January 17.

Legislation enabling the entire new traffic light and vaccine mandate system will be introduced today under urgency, but with recess next week it leaves just two days for it to be debated and no public submissions- a process Opposition MPs have slammed as "shambolic and repugnant".

Workplace Relations and Safety Minister Michael Wood announced a tool today to help clarify what work should be covered by vaccinated workers and for assessing when it is reasonable to require vaccination for other work.

It builds on guidance from WorkSafe, public health agencies, Business New Zealand and the Council of Trade Unions.

The four criteria, at least three of which must be met, are: the size of the work space, how close people are to others, how long they are near to others, and whether they provide services to people vulnerable to Covid-19.

"Businesses can choose which one they use, and any assessments done to date remain valid." 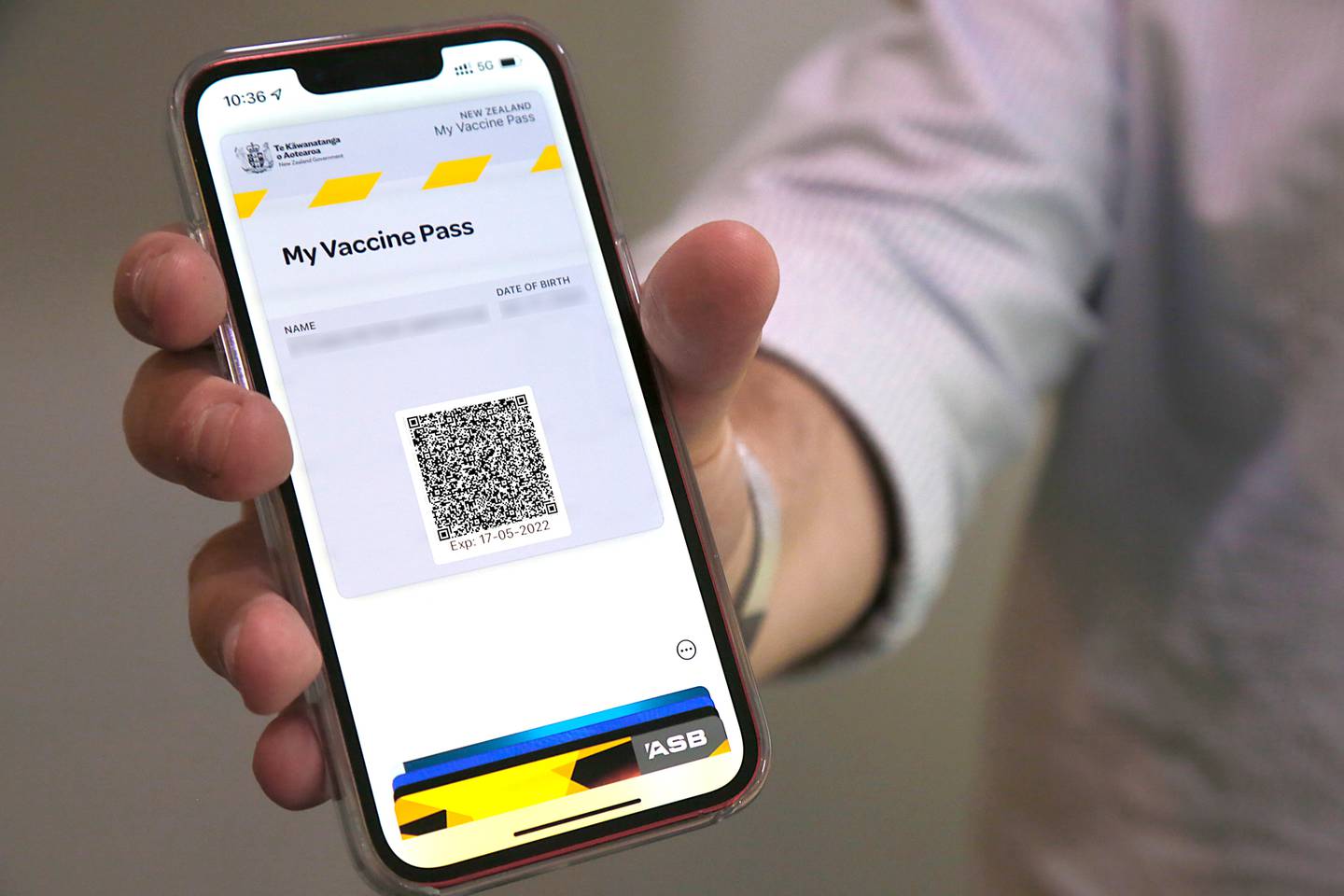 The My Vaccine Pass for Covid 19. Photo: NZ Herald
Legislation allowing the vaccination assessment tool to be created, as well as introducing four weeks' paid notice of termination and paid time off to get vaccinated, will be passed under urgency this week, Wood said.

"This legislation will come into effect the day after it is passed. The assessment tool will then be available for businesses to use once regulations are made in mid-December under the amended law."

The process has come under criticism from Opposition MPs, with National's Covid-19 spokesman Chris Bishop saying the Government had been too slow to develop the passes needed for the framework and had not even introduced legislation for it yet.

Bishop said the legislation would be introduced today "under urgency", but the Opposition still had not even seen it.

With Parliament not sitting in the week starting November 29, the bill will have to be passed through all stages this week for the legislation to take effect in early December, Bishop said

"This is a truly shambolic and repugnant way to make law that will affect every New Zealander.

"To say the legislation is significant is an understatement. It will potentially affect the lives of every New Zealander, both vaccinated and unvaccinated, along with businesses both small and large.

"The traffic light framework will impact every Kiwi, during summer and beyond."

Wood said while there were only two days to have the legislation scrutinised, the concept of the new framework had been in public domain for several weeks now.

Wood said requiring staff to be vaccinated was "common sense" and would give confidence to customers who were vaccinated and means the business will be less likely to be affected by cases.

The requirement had been tested and had received broad support, including from religious communities, Wood said.

"Everyone wants to keep their staff, customers and congregations safe.

"This requirement to be vaccinated applies to hospitality, events, gatherings, close contact businesses and gyms."

To continue doing work in these areas, workers will need to have their first vaccination by the day that the Covid-19 Protection Framework comes into effect, which will be Friday, December 3.

These workers will need to be fully vaccinated by January 17, 2022, to continue doing that work.

Auckland, still experiencing a significant outbreak, will go straight into the top red setting, while the rest of the country's fate will be determined by Cabinet next Monday - a decision largely to weigh on where vaccination rates stand.

Auckland will also see a trial run of the new vaccination pass system from Thursday at hairdressers.

Act Party leader David Seymour said the December 3 "Freedom Day" should have been announced earlier, and questioned if it was delayed by not having the vaccine pass ready.

"We have been waiting for a Government that is not prepared, rather than Aucklanders to get vaccinated."