There are currently dozens of claims going through the courts against landlords who have failed to properly insulate homes. Photo: Getty Images
A family whose child was hospitalised with suspected pneumonia is among the first tenants to successfully take their landlord to court under new insulation laws.

Tauranga landlord Kaimai Real Estate, trading as First National, has been fined for breaching insulation laws and not providing a warm, healthy home for a family who had been living in a damp, cold house.

The property management firm was ordered to install underfloor and ceiling insulation in the Paengaroa flat by August 13, and pay tenants Krystal and James Gamman $1500 in damages, according to Tenancy Tribunal documents published today.

The new law came into effect on July 1, and requires landlords to provide underfloor and ceiling insulation where practicable to do so. There are currently dozens of claims going through the courts.

The Gammans took their property manager to the Tenancy Tribunal after he failed to install insulation in the house they had been living in with their two young children for more than three years.

Krystal Gamman first raised the issue about a lack of insulation with the property manager a year ago and even offered to use her community card to reduce the cost, the documents showed.

One of their children was hospitalised with respiratory issues last year and was this winter being treated for suspected pneumonia.

The family complained that the 1950s timber weatherboard cottage was cold in winter and there was a lot of condensation around the windows despite their best efforts to ventilate. 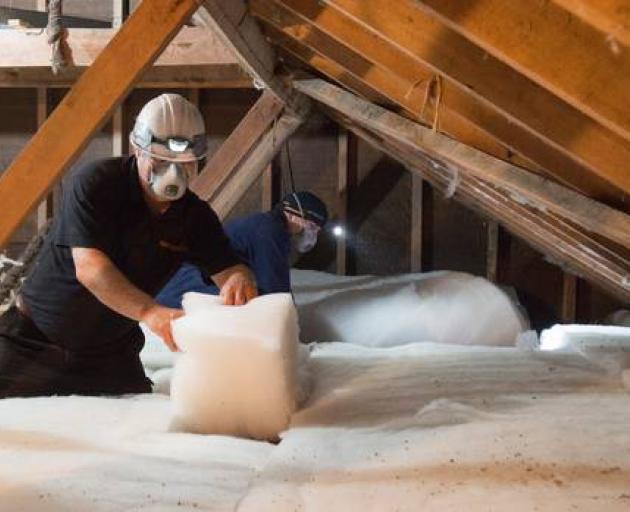 Landlords had until July 1, 2019 to install underfloor and ceiling insulation in their rental properties. Photo: EECA via NZ Herald

In May this year, a contractor attempted to assess the property, but was unable to get inside because the Gammans had a health emergency.

A recent assessment of the property by an insulation expert revealed the cottage did not have the correct insulation - the ceiling insulation was insufficient and there was none under the floor.

The Tenancy Tribunal was critical of the landlord waiting until two months prior to the deadline to carry out an assessment and said there was a strong public interest in deterring a landlord from ignoring its obligations.

“The Gammans’ interests have not been served as they have been concerned about dampness in the house with young children, one of whom was hospitalised last year with respiratory issues, and is now in winter with suspected pneumonia,” the order said.

Wellington based firm Specialist Property Managers has also been given until August 20 by the Tenancy Tribunal to fix a leaking window and put in underfloor insulation at a flat in Berhampore that it manages on behalf of the owner.

The company came to an agreement with its tenants Ethan Helliwell, Felix Woodruff, and Matthew Loveman during the tribunal hearing, who were also awarded $520.44 in costs.

The maximum amount in damages that can be awarded by the tribunal is $4000.

These are the first two decisions to be released, but many more are likely.

The Ministry of Business, Innovation and Employment (MBIE) has encouraged tenants to discuss it with their landlord before applying to the Tenancy Tribunal. There is no grace period because landlords have had three years to prepare.

MBIE estimated 100,000 rental properties were still not insulated when the rules aimed at making homes healthier for Kiwi renters came into force at the beginning of July.

The Insulation Association says there has been a high demand for insulation and some landlords say this has caused delays in them meeting the July deadline.

double standard when many housing new Zealand homes are not insulated /