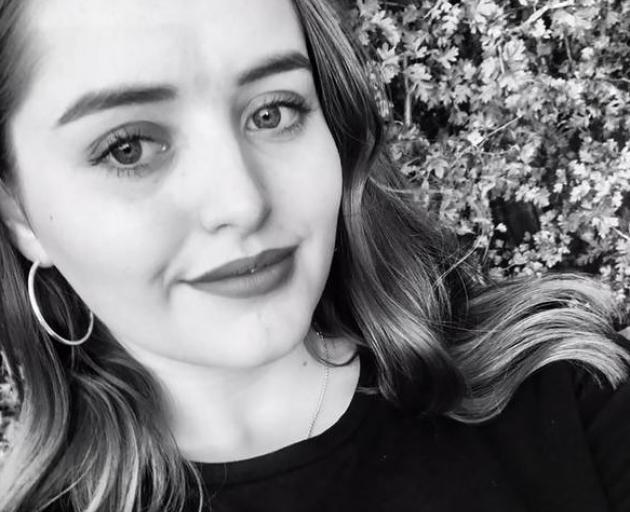 Grace Millane. Photo: Supplied
An Auckland woman has described the man accused of murdering Grace Millane as a "sociopath" after matching with him on Tinder for a sexual encounter.

This afternoon, a pathologist is giving expert evidence and says Millane died from "pressure on the neck".

Crown prosecutors allege that on the night of December 1 - the eve of Millane's 22nd birthday - the accused, 27, strangled the young British backpacker to death in his central city apartment after the pair spent the night drinking.

Millane's body was found crammed into a suitcase and dumped in a shallow grave in Auckland's Waitakere Ranges a week later.

Brookie's line of questioning is proposing his client's account of how Millane died - a sexual encounter gone horribly wrong.

He has told the court the accused accepts Millane died from pressure to her neck, but denies intending to cause her fatal harm. 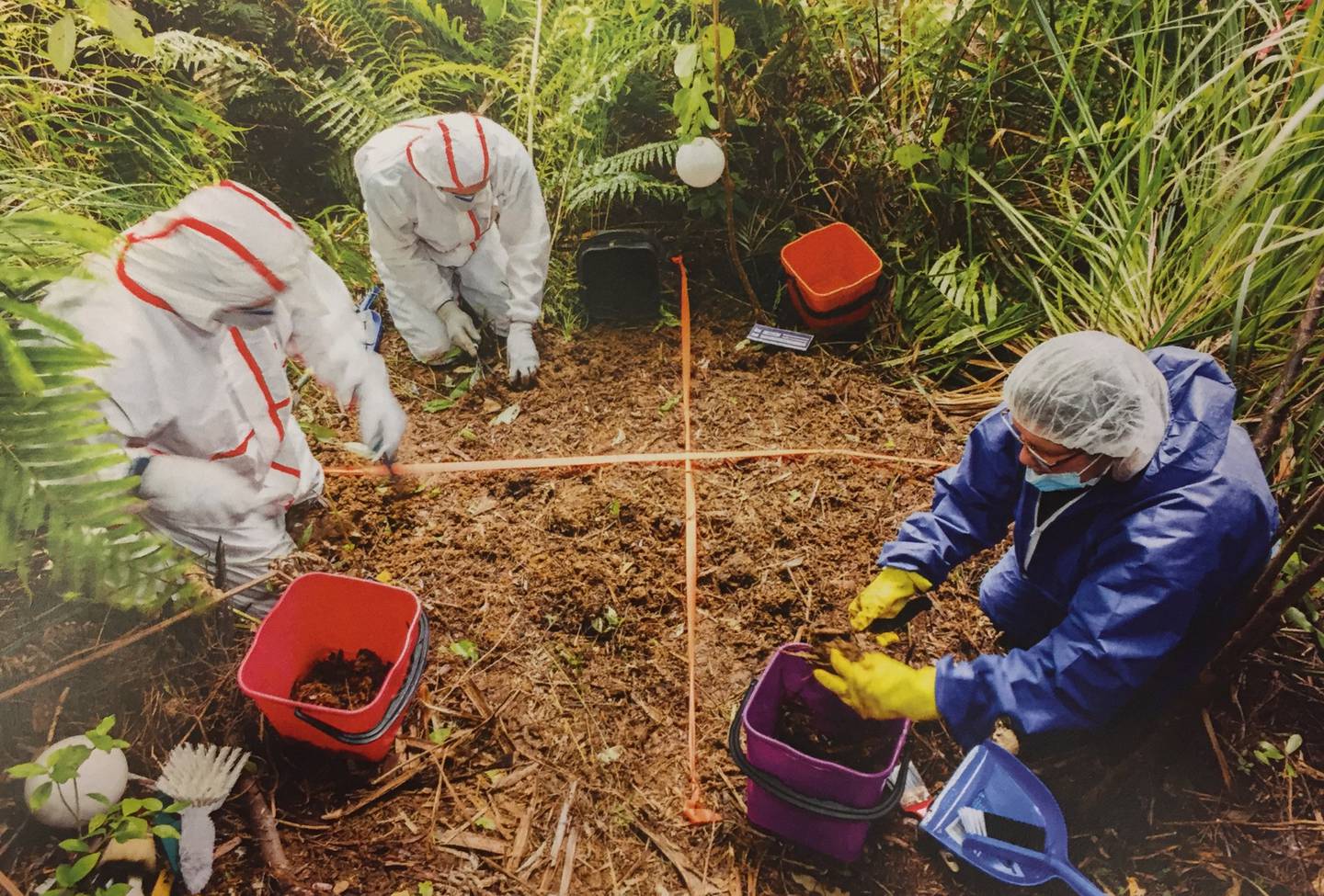 Police forensic experts sift through the site where Grace Millane's body was found in the Waitakere Ranges. Photo: Supplied via NZ Herald
He asked Stables if he could tell whether the injuries found on Millane's body were "consensual bruises".

Stables said it was impossible to tell, but agreed with Brookie when asked if the injuries might have occurred during rough sex.

"They are usually of auto-erotic asphyxia," he said, but added the person will usually have "some form of escape mechanism".

Stables earlier described his examination and said he found injuries which were consistent with restraint.

Of "significance" was bruising on the left side of Millane's neck, he said.

This injury would normal be a result of pressure over a "sufficient period of time and with sufficient force", Stables said.

"It's not going to happen through a gentle touch of the neck," he explained.

Stables said he determined Millane had died from "pressure on the neck".

'It still gives me chills'

During the Auckland woman's re-examination by Crown Solicitor Brian Dickey yesterday, she said the accused, whom she described as hysterical, had claimed he was a cousin of an All Black.

"He told me he had spent the last All Blacks game watching with the wives and girlfriends. I thought it was just odd."

"I didn't want to have to be part of this, share my story with everyone - the public," she said.

Defence lawyer Ron Mansfield asked a series of questions: "Although he wanted you to stay the night he didn't stop you from leaving did he?

"He got off you and then you told him you didn't like it?"

But the woman bit back.

"I was completely scared and fearful," she said.

"A person who can almost kill someone and suffocate them ... And then claim he has cancer to gain some sympathy ... he's a sociopath."

She said her experience was "nasty, it was terrifying".

"It was one of the worst days of my life," she told the court.

Yesterday, she told the court that after being suffocated by the alleged killer during oral sex he made an "almost accusing and quite cold" remark.

"I was gasping, I couldn't breathe properly and he just said to me, 'Oh what's wrong?'

"Almost accusing and quite cold he said, 'Oh you don't think I did that on purpose do you?'"

Mansfield asked: "When you first spoke to the police you put it slightly differently, didn't you?"

The woman agreed she hadn't initially talked to police about the accused's tone but during her testimony has told the court: "Just the way he said it ... it still gives me chills."

After the incident, the witness said she never wanted to see the 27-year-old man again.

But her text message history led to a lengthy line of questioning under cross-examination by one of the accused's lawyers.

Mansfield read some of the more than 700 messages between the woman and the alleged killer - some of which the well-known lawyer said appeared to show an interest in continuing a relationship.

The messages between the pair continued for several days because, the witness said, she "didn't want to make him angry".

But Mansfield continued and also produced messages from November 8 when the woman asked if the accused was on the social media channel SnapChat.

"Then I could send you pictures throughout the day so you know what I'm up to :)," she said in one message to the alleged killer.

"You think I don't want you but that is totally not true," another read.

The witness admitted she was "leading on" the accused, which included conveying the possibility of a romantic future, but said it was all a lie to instead keep the man at a distance.

Mansfield said: "Did you just want people to not think you were into a guy who was now charged with murder?"

As the courtroom clock moved past 5pm Mansfield said he still had 40 more minutes worth of questions for the witness.

"Oh my God, I'm not coming back!" she cried, burying her head in her hands.