Photo: ODT files
Men found guilty of homosexual offences can have their convictions expunged under a Bill that has been passed by Parliament.

It is believed that more than 1000 gay men were convicted and shamed before homosexuality was legalised in 1986, and in July last year Parliament formally apologised to them.

Last night, MPs unanimously passed the Criminal Records (Expungement of Convictions for Historical Homosexual Offences) Bill that gives them the
right to apply to have their convictions expunged.

Justice Minister Andrew Little acknowledged the apology, introduced by the previous government, and said he wanted to add his own.

"On behalf of this House and all members who have passed through it since it was established, sorry to those men who have carried the stigma and the shame of doing nothing other than expressing their love for the person that they did love, and for the families who shared that shame and embarrassment," he said.

"It's hard for people of my generation to get their heads around the vitriol, hate and anger of that time - 800,000 people signed a petition asking that the (homosexual law reform) Bill should not proceed," he said.

Finance Minister Grant Robertson said he had been able to live his life relatively freely as a homosexual man. 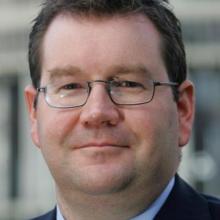 Grant Robertson
"The fact that we can expunge the convictions today is a mighty step forward, but the constant fear and the reminder of the worthlessness and shame of your mere existence is not something we can put away so easily because it echoes through the generations," he said.

"There is still much more to do. If you are a young trans person, you are likely to be subject to discrimination and feel the stigma and hurt these men felt."

Labour's Louisa Wall, who brought the gay marriage Bill to Parliament, described laws against homosexuality as a crime against humanity.