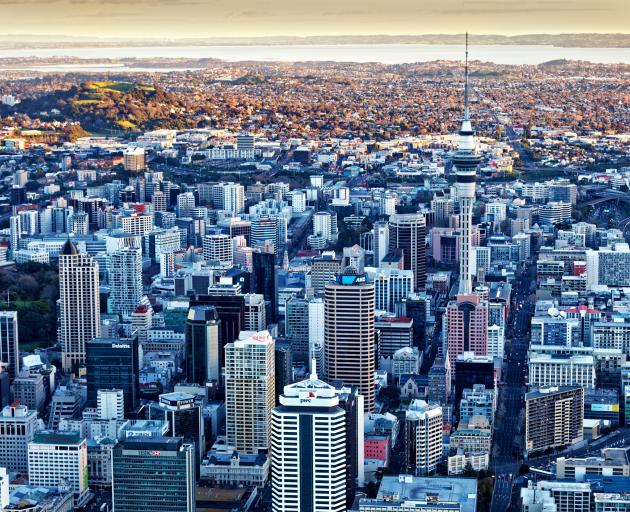 Auckland. Photo: Getty Images
House prices are falling in Auckland quicker than elsewhere in the country.

CoreLogic's House Price Index has fallen by 0.8 percent in June from the previous month, but Auckland is falling at twice the national rate.

Auckland's prices have fallen by 4.9 percent for the past three months, more than double the national quarterly rate.

It was the third successive month that the national measure fell by 0.8 percent.

CoreLogic head of research Nick Goodall expected the nationwide slide to continue due to rising interest rates and the cost of living.

The likelihood of a housing market crash had not increased due to the strength of the job market, he said.

"I think the one thing saving this market at the moment is the very strong labour market and very low unemployment.

The nationwide quarterly fall of 2.3 percent was the biggest drop over a three-month period since February 2009.

"We've seen the momentum in the market really dissipate and now we're seeing that confidence really fall away from the market."

Christchurch was the bright spot, bucking the trend with a 2.6 percent price increase in June.

Property investors were expected to stay away from the market until pressure came off rising interest rates.

Goodall said demand for rental investments would continue to slide due to the force of inflationary pressures.