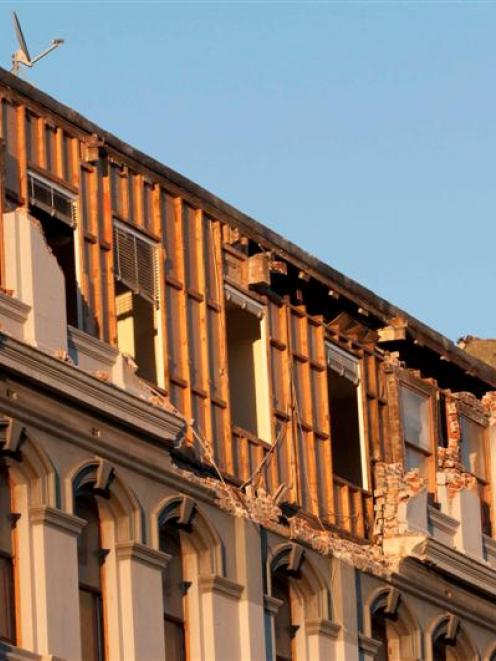 At least 20 roads had been damaged and some were impassable.

Inspector Mike Coleman said police had cordoned off central Christchurch as it was dangerous but also because looters had already been active.

"There's considerable damage there, and we've already had reports of looting," he told Radio New Zealand.

"Shop windows are broken and obviously it's easy pickings for displays and things."

Police had taken about 300 calls in the first couple of hours following the quake, with many people concerned for relatives.

"We're telling people to check their neighbours...and obviously to go to their Civil Defence centre if they feel unsafe in their houses," Mr Coleman said.

"Stay off the roads and also avoid the central city.

"We've got considerable road damage, there's gas leaks, there's been damaged water pipes, we've got sewage in houses and quite a lot of power lines and power poles down. It's very unsafe to be out and about."

Power is out from Rakaia, 60km southwest of Christchurch, to the Waimakariri River, north of the city.

Orion chief executive Roger Sutton said power was also off across the Canterbury plains, through to the foothills of the southern alps.

All Christchurch Hospitals are operational, though people were asked to go to hospital only if it was an emergency.

For minor injuries, residents could go to the 24 hour surgery on Bealey Avenue.

The Riccarton Clinic and Moorhouse after hours medical centre were open.

Civil Defence and Emergency Management director John Hamilton said the National Crisis Management Centre in the Beehive in Wellington had been activated to monitor the quake, and co-ordinate central government response.