A complaint over TV news footage showing the death of a Georgian luger at the Winter Olympics in Vancouver has not been upheld.

The Broadcasting Standards Authority (BSA) received a complaint about a TV3 News item showing the luger, Nodar Kumaritashvili, hitting a wall, flying over a barrier and hitting a metal pole, as well as emergency crews trying to revive him.

The complaint said the footage, which included a slow motion replay of Kumaritashvili coming off his sled and a pause just before he slammed into the pole, breached broadcasting standards relating to good taste and decency, and privacy.

However, the BSA said the item covered a legitimate and newsworthy story, especially given concerns about the safety of the track prior to the crash.

It said the footage was taken from a respectful distance and no close-up shots were shown of Kumaritashvili after the crash.

Before the clips, TV3 also provided a strong, clear warning that viewers might find the images disturbing and offensive, giving them the option to decide if they would watch it or not, the BSA said.

"In our view, while the footage of the crash was distressing, it was handled with adequate care and sensitivity by the broadcaster." 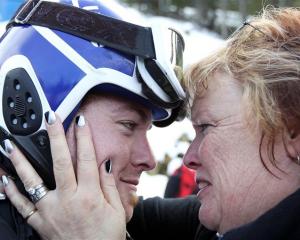