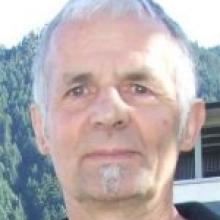 Speaking to the Otago Daily Times last week, Mr Klap said the announcement, made on July 6, that South Korea would host the 23rd Winter Olympics meant that the attention on winter sports would not just be focused on Europe, but would trickle down to the rest of the Asia-Pacific region.

"They [the Korean Olympic Committee] really want to make it strong outside of that [European] area, with the rest of Asia and this region as part of that."

Mr Klap said the Koreans were "really good" supporters of the New Zealand Winter Games and a team of 51 alpine skiing, snowboarding, cross-country skiing, figure-skating and free-skiing athletes would compete at the games this year.

Planning for the 2013 New Zealand Winter Games was already under way, and a New Zealand delegation was planning to head to Korea and Japan as soon as three weeks after those games concluded, with the aim of promoting the region as a training destination.

"One of my main interests with the Winter Games are the events themselves, but the other important things it can achieve for the region is the support for the athletes and the economic return from getting people to train here," Mr Klap said.

There could be benefits for centres such as Queenstown, Wanaka, Dunedin and Naseby, which had the winter sports facilities - as demonstrated by the Winter Games events - necessary to attract such teams.

However, it was not just the facilities on the mountain that were giving the opportunities. Facilities such as the Events Centre and Lakes Leisure complex in Queenstown would come into their own.

"Obviously, the events that are up the hill at Cardrona, Snow Park and Coronet Peak, there are those aspects, but it's the opportunity once people get off the mountains to come and train off the snow," he said.