A man has been arrested for stealing a bag of trumpets belonging to a military band at an Anzac Day service in Christchurch this morning.

The alleged thief took no notice of the many law enforcement officers waiting for the service to start when he grabbed a band member's duffel bag at the Cranmer Square ceremony about 5.20am.

Inspector Mike Coulter said the man on a bike cycled past the band member, who was having a cigarette at the time.

He allegedly snatched the bag holding two trumpets and some parade sheet music before cycling towards Park Terrace.

A dog handler, who was waiting at Hagley Park, saw the man and was able to stop and arrest him.

"A 35-year-old man Christchurch man has been arrested for theft," Mr Coulter said.

The man obviously hadn't "computed" how many law enforcement officers would be in the area, Mr Coulter said.

The trumpets and music was returned to the band member in time for the parade to start. 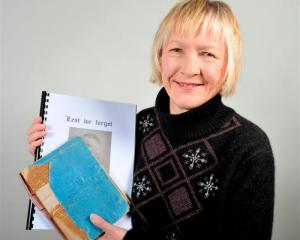