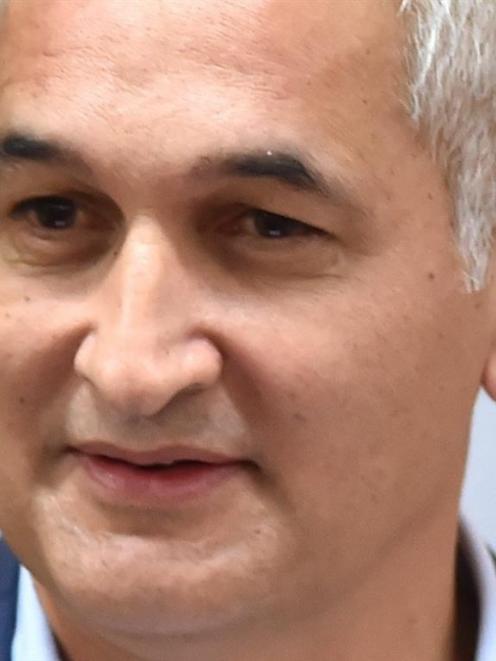 Mike McRoberts.
TV3 presenter and journalist Mike McRoberts says that in his 30-year journalism career he has "never known as much change in the industry'' as he has experienced in the past 18 months.

Mr McRoberts made that comment in a hard-hitting and wide-ranging talk at the University of Otago's 51st annual Foreign Policy School on Saturday.

"Newspapers, radio and television have all been affected in the push for a digital future.

"So where does that leave journalism now, particularly my own form, television journalism?'' he asked.

"Is there still a place for it in our society?''

He said that in his early days in the industry, he thought if he could get through the many challenges of the job he had "probably got a job for life''.

But in more recent turbulent times in television the question was now "What's going to happen to us?''

And there had sometimes been a feeling in television circles that "everything we've worked for is being destroyed''.

Mr McRoberts and Hilary Barry took over presenting the primetime 6pm news in 2005 and he has often worked as TV3's "go-to guy'', covering dramatic news events in Iraq and the Middle East.

Mark Weldon, the former head of MediaWorks, which includes TV3, stepped down in early May after a series of high-profile resignations, including by popular broadcasters John Campbell and Ms Barry.

But New Zealand's traditional news media, including television, were under heavy pressure, including from forms of "new'' media, such as Facebook and Google, which had been successful in gaining extensive advertising funding.

But there were also questions about the limited tax being paid by such international players in New Zealand and he noted such matters were being considered by the Government.

He acknowledged that disquiet had been passed on from senior staff to the MediaWorks board about the company's direction under the former chief executive, after Ms Barry's resignation.

Although some previous changes at TV3 had been influenced by the funding pressures faced by the whole industry, an apparent earlier change of "philosophy'' might have contributed to some of the high-profile changes.

And under the new MediaWorks leadership at TV3 he was looking forward to an evidence-based approach to dealing with the challenges posed by the new media.

It might have sometimes been suggested anecdotally that the public no longer wanted quality current affairs, but he had not seen the evidence to support that.

The latest three-day Foreign Policy School focused on the impact of traditional and "new'' media on global politics.