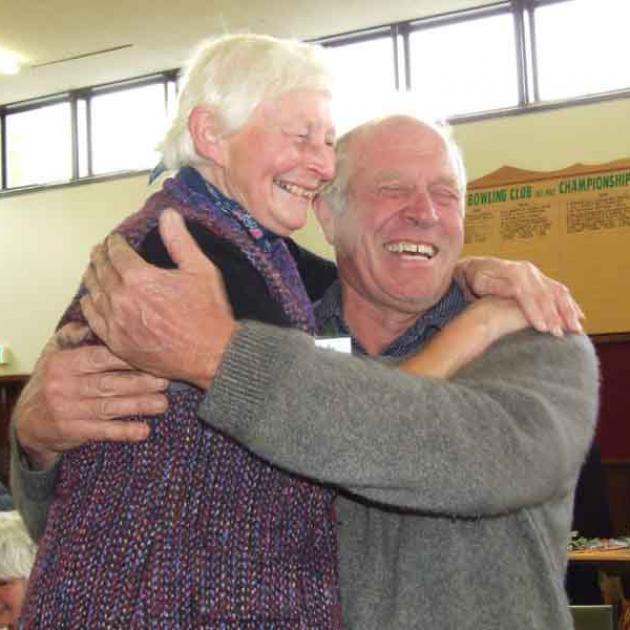 Frieda Betman (left), from The Ark, in Lawrence, and James Foster, from Victorian Woodworks, in Geraldine.
Consumers seem likely to pay more for goods after the Government yesterday increased road user charges with little notice - a move some transport operators labelled "the last straw".

Higher charges will affect diesel-powered vehicles, and those weighing more than 3.5 tonnes.

Trucking companies are furious after the increase was announced on Monday night and came into effect yesterday.

The forum received written confirmation members would be informed of changes.

"It is not just the increase. It's that it came without notice having received assurances.

"On top of the highest fuel prices in history, increases to the accident compensation levy and wage interest costs, it will do extreme damage to industry.

"Members have said they will have to pass costs as soon as they can.

This will be felt in provincial areas and cities like Dunedin which are very dependent on road transport," he said.

The increase was announced in a statement posted on the Government's website on Monday night.

No media statements were issued.

"The timing of this increase and the way it has been done mean the minister could not have done more damage to our industry if she had deliberately tried," Mr Friedlander said.

"She should not underestimate how angry our members and the industry are."

However, Ms King said the impact would be "relatively insignificant" and she did not expect any noticeable effect on consumer prices.

Ms King said the increases were introduced to defray costs of the national land transport programme.

Under the programme, $2.7 billion was allocated for transport activities in 2008-09.

This included about $791 million for state highway construction, $325 million for passenger transport services and infrastructure and $273 million for road policing.

"Without all road users paying their fair share, this level of investment cannot continue to be sustained," she said.

Road user charges for transport operators in New Zealand were already 200% higher than those paid by Australian businesses using comparable trucks, he said.

The "highest level of feedback" about the charges had been from tourism operators, she said.

"Tourist operators negotiate rates for services months in advance, and this increase will leave them screaming. This will be noticeable in places like Queenstown."

According to figures compiled by the association, operators of an 11-tonne school bus which travelled 17,000km annually would now pay about $250 more in road user charges.