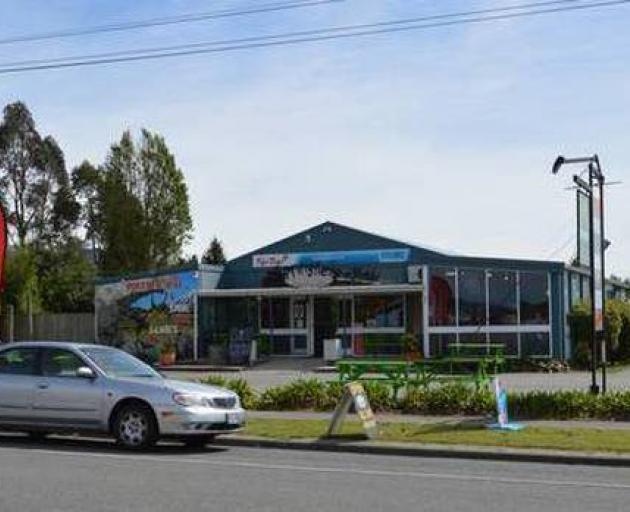 The Springfield Cafe on the western fringe of the Canterbury Plains had received bad reviews on TripAdvisor. Photo: NZHerald
The notorious Springfield Store & Cafe - dubbed the rudest cafe in New Zealand by some customers - has been sold by the controversial owners to local investors.

The small-town Canterbury cafe was renowned for its rude and abusive service by then-owners Donald and Karyn Cullingford.

The business owners had been labelled as "paranoid", and putting "Gordon Ramsay to shame", and "New Zealand's own Fawlty Towers".

An online video of an argument at the cafe and scathing visitor reviews over the years sparked a visit from police in June to offer the Cullingfords some customer-service advice.

Karl Hardaker and Bronwyn Squires bought the building last month from former Selwyn mayor Bill Woods, after it had been leased to the Cullingfords for nearly 10 years, Stuff reported.

The cafe is the last place to fill up on food before Arthur's Pass and is a pit-stop for motorists.

The new owners will be taking over the cafe in early November and told Stuff they may look at leasing the building in the future.

The cafe has more than 80 "terrible" ratings on TripAdvisor, but negative reviews had stopped since July, when the owners reportedly went into hiding.

Christchurch's Col Henderson said "never have I struck such a rude person".

A former customer wrote: "Probably the most sour, rude, and paranoid ever. Asked when pies were made and the lady immediately went into attack mode. Simple question simple answer, not for her. It was like I had insulted her. I hate this place and will never go back."