Prime Minister Jacinda Ardern has welcomed the sentence of life without parole meted out to the mosque gunman for his "horrific, despicable act".

Gunman Brenton Tarrant has been sentenced to life in prison with no possibility of parole. It is the first time in New Zealand history this sentence has been imposed.

The sentenced raises questions as whether he could ever conceivably be deported back to his native Australia.

He initially pleaded not guilty to his offending but later admitted 51 charges of murder, 40 counts of attempted murder and one of engaging in a terrorist act laid under the Terrorism Suppression Act 2002.

Following the sentencing Ardern said today was not the day to discuss whether Tarrant should see out his sentence in New Zealand or not.

She said nothing would take the pain away but she hoped the Muslim community "felt the arms of New Zealand around them through this process".

Ardern said she was surprised to hear the gunman had chosen not to speak in court.

She said upon hearing the sentence, she felt "relief to know that person will never see the light of day".

"I think it is still raw for New Zealand. I think I'm just the same as everyone else."

Earlier today, prior to the sentencing, Ardern said she had reflected on those who have "shown such strength is sharing their statements over the last few days".

"I'm sure every New Zealander who's read them has been devastated to see them having to relive the trauma of that day and hear the ongoing trauma that has created for all of them."

Asked about a sense of closure from today's sentencing, she said: "I don't think anything removes what happened that day. The only thing that really gives comfort is the ongoing reaction and response of all New Zealanders. I hope they continue to show all of the empathy and solace that our Muslim community deserve."

NZ First Leader Winston Peters called for him to be extradited.

"Now is the time for Australia's Minister of Home Affairs, Peter Dutton, to receive and carry out the terrorist's sentence in Australia," Peters said.

"The Islamic community and all of New Zealand has already suffered enough without having to pay astronomical prison costs to keep him safe in our prison system."

He hoped the sentence with help to heal those affected.

"The judgement is the only one that matched the depravity of the terrorist's crimes against the Islamic community, and it's devastating effect on all people living in this country."

'Australia has always been keen to send us those 900': Collins

National Party leader Judith Collins, a former Justice and Corrections Minister, said before the sentence was published that it was "tempting" to say Tarrant should be deported to serve his sentence in Australia.

"The problem with this ... is that Australia has when I last checked around 900 New Zealanders serving sentences in Australian jails," she said earlier today before the sentence was made public.

"Australia has always been keen to send us those 900 during the term of their sentence. That would mean New Zealand would either have a whole lot of criminals who have not served their sentences wandering around the communities, or else we'd have to find jail space for them.

"I'd be very wary sending him back at the moment. That's one practical reason why not."

Collins would not be drawn on whether he should get life in prison without parole, saying it was a thorny issue for politicians to wade into.

"His appalling crime has been committed in New Zealand. We do need to make sure he serves all his time that he's given today, and any parole hearings - should he be granted any possibility of parole - that they be dealt with here.

"We feel very strongly against this man and the utter outrage he's committed."

Collins said she wanted to send a big collective hug to those people who read out their victim impact statements in the previous days.

"It is a really tough time and they will be reliving everything. But I know that they will feel much better for having had the opportunity to say what they want to say.

"I've certainly heard that from many victims over the years. It's really tough doing it, but they'll feel at least we've been listening." 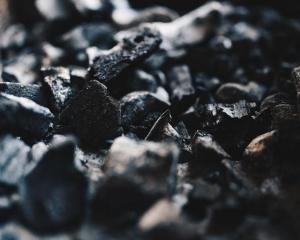 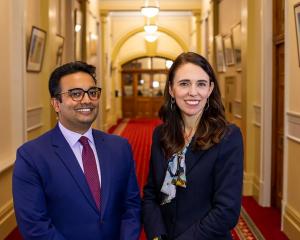